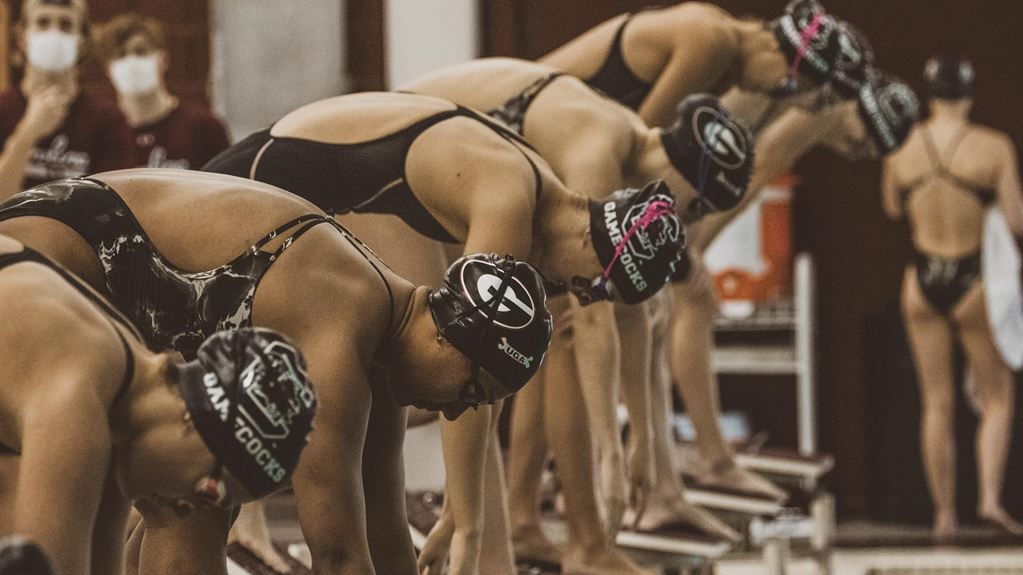 The Georgia Bulldogs kicked off their 2020-2021 collegiate swimming & diving season with a pair of comfortable wins over SEC opponents South Carolina. The victories move Georgia head coach Jack Bauerle into 2nd place in NCAA history in all-time career wins, according to the University of Georgia, with 579. He jumped former North Carolina coach Frank Comfort on that list.

“We’re really proud of both teams today,” said Bauerle. “It was better than we expected because it’s been a long time since they’ve raced. We feel like we have two pretty darn good teams and it was nice to start with a conference win.”

In total, Georgia won 22 events over the Gamecocks.

This was the front-end of a home-and-home scheduled with South Carolina this season, with the two teams scheduled to race again on January 16 in Athens, Georgia. While it’s historically unusual for teams to race twice in the same season, the SEC, along with many other schools and conferences, has instituted guidelines on regional scheduling, meaning that teams will more-often race against opponents that are geographically closed to them.

The Georgia men were overwhelming in the meet, winning all but 2 of the 16 events on the schedule.

The most important results on a broader scale are those of UGA freshman Luca Urlando, a member of the US National Team, the #2 swimmer in the class, and a contender to make the Tokyo Olympic Team next summer.

This is his first official meet in almost a year, since the 2019 U.S. Open last December, after which he required a few months recovery from a dislocated shoulder.

Murphy is the school record holder in the 100 fly and early returns are that he’s not prepared to cede any medley relay spots to the freshman quite yet. The closeness in Friday’s racing between those two should line up for a competitive training environment between the two all season long.

Urlando did outsplit Murphy in the 200 medley relay, though, with Urlando clocking 20.7 on the 2nd-place “B” relay and Murphy clocking 21.29 on the winning “A” relay.

The meet marked the debut of another big-time freshman for the Bulldogs in the 6th-ranked class in the country: Jake Magahey.

The meet also marked the return to the NCAA of Canadian swimmer Javier Acevedo, a redshirt senior. Acevedo sat out last season to prepare for the Canadian Olympic Trials, which take place not long after the NCAA Championships, but has decided to return to Athens this season.

He added a pair of wins, topping the 100 free (44.33) and 100 back (47.66). Those times are both better than season-openers he’s gone in past collegiate seasons, and in fact his 100 free was faster than he went at any non-invite/championship meet during his junior season in 2018-2019. For the Bulldogs, who are perpetually in need of sprint help, if his 100 free comes around this season, that will be a huge help as they look to improve on their 3rd-place finish from last year’s SEC Championship meet.

Another Georgia swimmer returning from a redshirt, sophomore Bradley Dunham won the 200 back in 1:46.08, a tenth ahead of his teammate Ian Grum.

The two winners for the South Carolina men were Alex Claus, who topped the 3-meter diving event, and junior Lewis Burras, who won the 50 free in 20.06.

Last season, Burras transferred in from Virginia and broke school records in the 50 free and 100 free.

The Gamecocks’ only male qualifier for NCAAs, last season, is already faster this year than he was opening last year. Not usually a strong early-season racer, his October 50 frees in 2019 were 20.21 and 20.35 (twice), rolling into a 20.49 in early November. That all led into a 19.17 at the SEC Championships. He’s well ahead of that pace early this season.

The same could be said for his 43.80 in the 100 free leading off South Carolina’s 400 free relay. His best non-mid-season-invite/championship swim last season was a 44.3, and his best October swim was a full second slower at 44.8.

The women’s meet was a more competitive affair, with South Carolina winning 5 events, including a sweep of diving by senior Yu Qian Goh of New Zealand.

After opening the meet with a 1:39.62 to win the 200 medley relay, the Georgia quartet of senior Gabi Fa’amausili, sophomore Zoie Hartman, junior Dakota Luther, and freshman Maxine Parker would each go on to win individual events.

In spite of that win, Luther would later fall in her 2nd event to South Carolina freshman Sammie Ai. Ai, from Pasadena, Maryland, swam 2:01.99 to win the 200 IM by more than a second ahead of Luther’s 2:03.57. That’s an early confidence-booster for Ai on name recognition.

What’s more, that’s a new lifetime best swim for Ai in the event, shaving .18 seconds off the 2:02.17 that she swam as a junior in high school. A lifetime best is a dream debut for a college swimmer.

The other member of that opening medley relay, Hartman, swept the breaststroke events, winning the 100 in 1:00.45 and 200 in 2:12.99. Both times were better than she was in the team’s opener last season, though by her standards the 100 was the better swim of the two.

Georgia endcapped the meet with a 3:21.81 win in the 400 free relay, though none of the team members split better than 50 seconds. The Bulldogs exhibitioned that event to keep the score closer.

Other winners for South Carolina included Mari Krause, who swept the backstrokes in 55.59 and 1:59.98, respectively. The backstrokes were a struggled for the Bulldogs last season when they finished 4th at the SEC Championships: they scored just 20 points in the 100 back, their lowest-scoring event at that meet, and just 28 points in the 200 back.

Georgia had two double winners on the day. Besides Hartman in the breaststrokes, senior Olivia Anderson won both the 500 and 1000 frees in times of 4:53.77 and 9:57.75, respectively.

Georgia is scheduled to next race against arch-rivals Florida at home next Friday. South Carolina will next race when they host North Carolina on November 14.

bro lol USC suited. must be a tough day for that team

Go Camden! Way to tear it up as usual in the 100 fly! Georgia is going to be fast this year, with some stellar freshman added to the roster!

It’s weird to see Georgia beat South Carolina by so much, exhibition races to artificially keep the score close, and then run into the SwimSwam comments to let everyone know that South Carolina was suited just to undercut them some more.

Like, can we drop the exhibitioning of races and pretending like we’re good sports by doing it, when clearly, by these comments, ‘good sportsmanship’ is dead?

BTW – I actually love the trash talk. I don’t love the exhibitioning of scores.

First of all, it is not surprising Uga won so easily. Not sure when the last ti,e it was remotely close?
Georgia men need a stud breastroker to step up big time for them to be competitive at the Big Dance! They have someone in most other events! Sprint free relay still an issue but more talent available!
Georgia women look good but doesn’t look like any frosh will make a huge impact at the Big Dance? Still in need of a stub backstroker!
Good results for first meet and who knows what kind of work got done this summer!?!?!

They should all just be thankful they are swimming at all. When some athletes seasons have been canceled, some are still not able to train and others teams have been cut entirely.