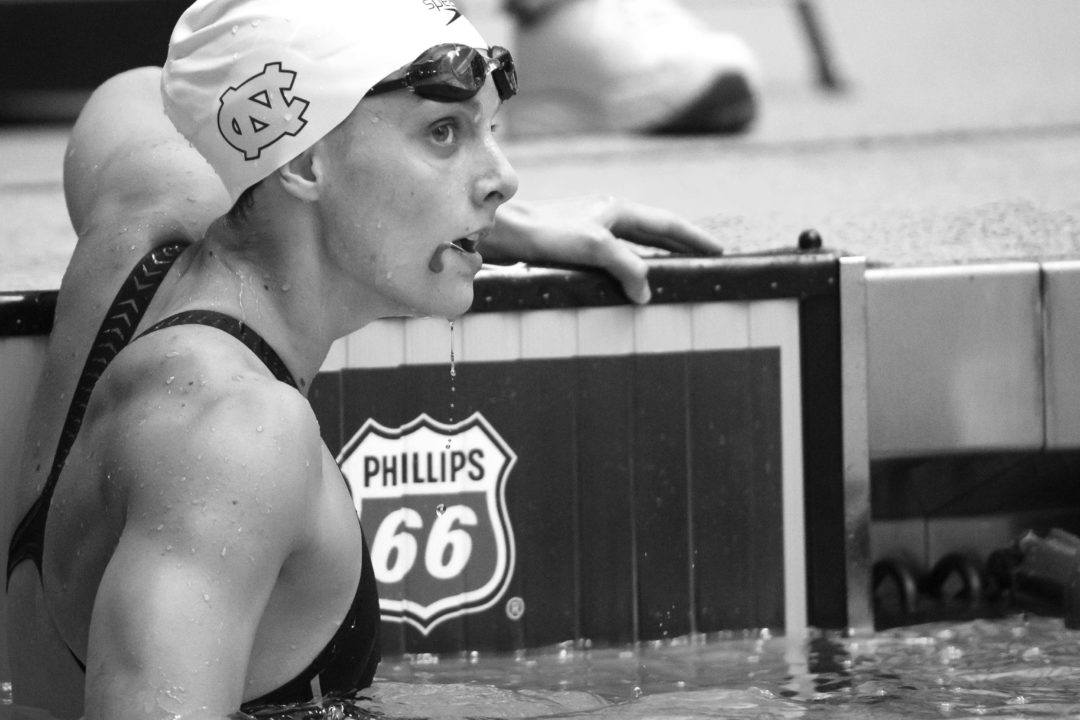 Caroline Baldwin is the top returner for a UNC team in rebuilding mode. Archive photo via Mike Lewis/Ola Vista Photography

The UNC Tar Heels have released their schedule for the 2017-18 NCAA season.

They’ll have no easy fall schedule, kicking off their season with a dual meet at SEC powerhouse Georgia on October 6th. Three weeks later, they’ll face another SEC team, South Carolina, before hosting their first home meet when the Virginia Tech Hokies come to town.

The toughest competition will travel to Chapel Hill on November 11th, though, as the Texas Longhorns will dual with the Tar Heels. After that, UNC will host the Tennessee Invitational for their mid-season meet.

The UNC women and men are both looking to start the rebuilding process, after both teams just graduated huge senior classes. Caroline Baldwin will lead the women after a breakout 2017 season, as she’s become one of the premier sprinters in the NCAA, especially with her improvements in LCM. For the men, watch for Henry Campbell, who returns after touching 2nd in the 500 free and 400 IM at the 2017 ACC Championships.

UNC Men need to change their name from Men’s swimming and diving to Men’s Diving and Swimming. Their best member is an incoming freshman diver and I fully expect him to score the most points of anyone. As a Tar Heel to say the program is a dissalointment is an understatement right now. The women are a little better, but not much.

I see no reason there is not a repeat of last year. Losing seasons. Women 4th at Accs, men 5th-7th. Little to no NCAA presence (Baldwin on women and new Diver on men is all I see, maybe Campbell if he ever gets consistent). They’ve gone to foreign recruiting as they can’t get any top American males. A… Read more »