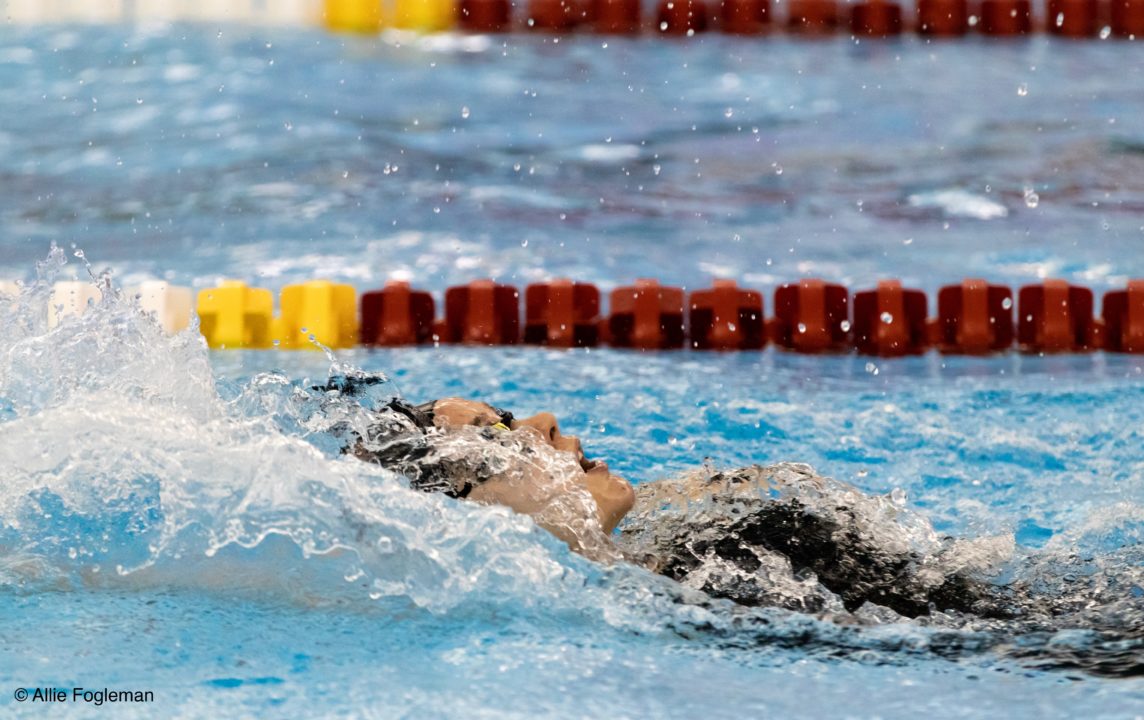 Berkoff was 50.47 leading off NC State’s medley relay last night. That’s three tenths under her lifetime-best of 50.72. Now, Berkoff qualified first overall in the 100 back this morning in 50.99. She’s now gone under 51 five times in her career, with two of those swims coming in the past day and a half. She’ll have a chance to expand that 50-point portfolio in tonight’s final.

Teammate Kylee Alons is second in 51.86 – that’s a new lifetime-best for Alons, breaking her previous best of 52.17. Alons is a versatile fly/free/back sprinter for NC State. She did swim the 100 back at ACCs last year, but had switched over to the 100 fly with her NCAA entries.

Highly-ranked freshman Luke Miller had a big 200 free swim this morning, going 1:33.83 for the top spot. That’s just his fourth swim ever under 1:35 and four tenths off his lifetime-best. It should sit 10th in the NCAA ranks for this season, though with a few other invites going on this weekend, those ranks should shuffle pretty significantly by Monday.

NC State alum Coleman Stewart was in attendance, competing as a pro. Fresh off an International Swimming League team title with the Cali Condors, Stewart went 44.30 here, not far off his lifetime-best 43.98 from NCAAs in 2019.

Other event leaders on day 3:

Very cool that Coleman Stewart is racing here — and presumably he’s in good form after just finishing ISL. This could be a “makeup” attempt at the Am Record in 100 back that he missed last March in his final NCAAs. Going 44.3 in the meaningless prelims should indicate it’s all systems go!