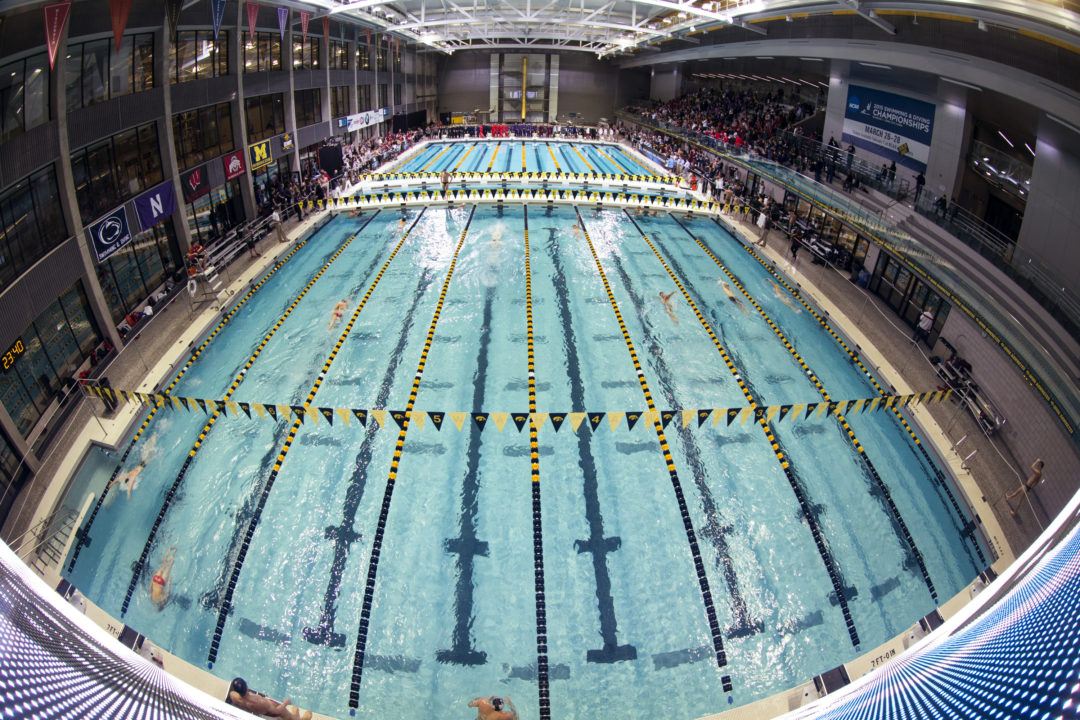 Student-athletes at the University of Iowa have filed for an injunction that would stop the school from eliminating its women's swimming & diving program. Stock photo via Brian Ray/hawkeyesports.com

Student-athletes at the University of Iowa have filed for an injunction that would stop the school from eliminating its women’s swimming & diving program.

The motion for a preliminary injunction is the latest step in a lawsuit between six Iowa Hawkeyes and the University.

But four members of the women’s swimming & diving program filed a Title IX lawsuit in September. The suit argues that eliminating the women’s program would violate Title IX, the federal statute requiring gender equality in education.

On Thursday, attorney James C. Larew filed a motion for a temporary restraining order and a preliminary injunction against the school. The motion seeks to temporarily stop the school from moving forward with its cuts, arguing that if the athletes win the case and the program is reinstated, the announced cuts have caused athletes to transfer away and has effectively halted the program’s recruiting.

Larew is representing the four swimmers, along with two other Iowa students in the suit. One is a high school wrestler and the other a club rugby player who say they would participate in college sports if Iowa offered women’s sports programs in their sports.

Save the women…ta heck with the men.

Bad take. This is a great first step. It should be a lot easier to add a men’s team back when you already have a women’s program vs. when you have neither. This is especially true if the Knight Commission initiative works out. Even if it ends up just being the women’s program, it is certainly much better than having no team at all. Hope they are successful!