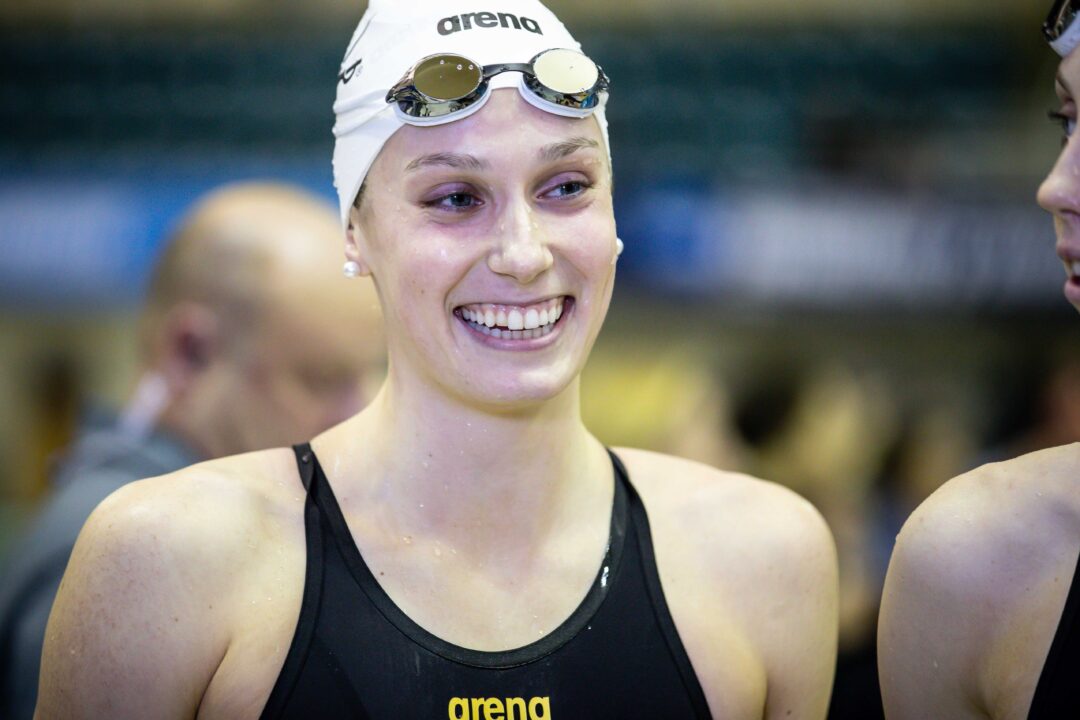 Walsh swept her individual events at NCAAs and also showed off immense versatility in the relays as the Cavs rolled to a second straight national title. Archive photo via Jack Spitser/Spitser Photography

University of Virginia sophomore Alex Walsh had a flawless NCAA performance earlier this month, scoring the maximum 60 individual points as the Cavaliers went on to a dominant repeat championship victory.

Walsh and junior teammate Kate Douglass (January’s Ultra Swimmer of the Month) led the UVA effort by sweeping their individual events and contributing on four relays apiece, with the Cavs winning four of the team events and finishing in the runner-up position in the other.

What stands out about Walsh’s performance at the meet beyond the individual accolades was the mind-boggling level of versatility she showed in the relays.

While none of it was a surprise after what she did at the ACC Championships, Walsh proved once again that she is one of the nation’s best in the 50, 100 and 200 free and the 100 fly to go along with the events she won individually.

UVA actually won 4 relays, finishing second in the 800 free and first in the other 4