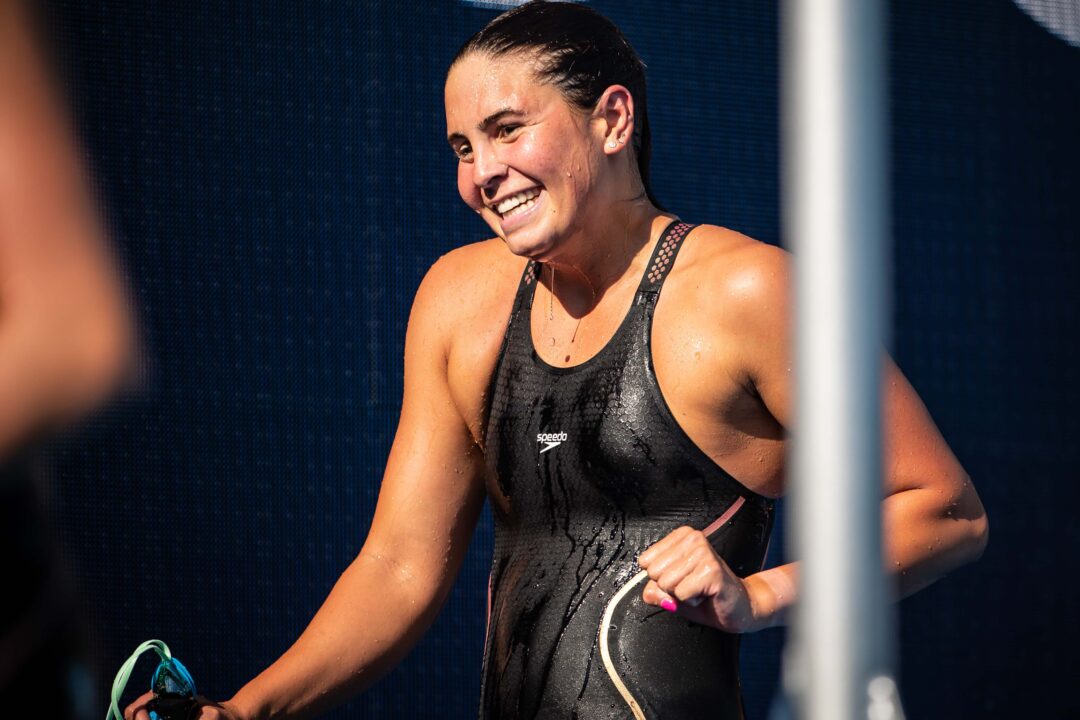 Erin Gemmell seems to break a record every time she touches the pool in Honolulu at the 2022 Junior Pan Pacs this week. Having already broken Junior Pan Pacs Records in the girls 100 free, 200 free, 400 free, and 4×200 free relay this week, Gemmell helped the U.S. girls 4×100 free relay to victory tonight in yet another Championship Record, her 5th of the meet.

Here is a split comparison between the U.S. relay tonight and the previous record-holding relay from 2014:

Australia’s 2014 relay was only faster on the anchor, where Chelsea Gillett was 0.15 seconds faster than Shackell was tonight. Notably, Moesch was a little slower tonight than she was on the anchor of the mixed 4×100 medley relay on Wednesday night, where she split 54.10.

The swimmers on this U.S. team had a fantastic night, as both Gemmell and Shackell won individual races earlier in the session. Gemmell kicked off this finals session with a victory in the 400 free, swimming a new JPP Record of 4:05.07. Shackell held on to win the girls 100 fly in 58.58.

Moesch, Wilson, and Gemmell are all slated to compete in the girls 50 free in tomorrow’s prelims. Shackell will be racing in the 200 IM.

Kayla Wilson is the one I’m watching out for these next couple years. She’s an amazing 100/200 freestyler, and is just hitting her stride with 54/1:58 performances.

54s across the board! Might see some of these names in Paris! Great swims