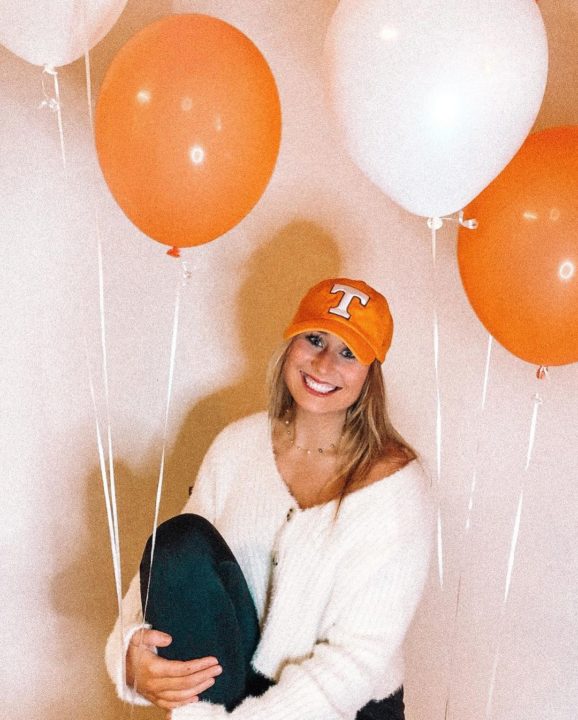 The Vanderbilt women hosted the Tennessee women on Thursday, January 20th at home. Neither team suited up for the meet.

This was Vanderbilt’s first and Tennessee’s second meet of 2022. Vanderbilt’s double dual on January 8th against Bellarmine and South Carolina was canceled due to weather.

Tennessee was dominant throughout the meet winning in a score of 204-58. The team won all 14 events of the day. They also swept 5 of the 12 individual events.

Senior Emma Carlton picked up two individual wins. She won the 100 butterfly (54.40) and 100 backstroke (53.67). Her 100 backstroke time was a season best. Carlton transferred to Tennessee this school year after spending two and a half with Texas A&M before returning home to train for the Olympic Trials.

Junior Claire Nguyen also picked up two individual wins. She won both the 200 butterfly in a time of 2:01.63 and the 500 freestyle in a time of 4:50.33. Nguyen, like Carlton, is also a transfer to Tennessee. Nguyen spent her first year at Arizona State. This was Nguyen’s second time swimming the 200 butterfly this season. She went a time of 2:06.43 in October 2021. Her 500 freestyle was not far off of her season best of 4:47.23 which she swam at midseason.

Vanderbilt’s 200 medley relay was strong earning a second place finish. Senior Abby Burke led off in a 26.15 and was followed by sophomore Faith Knelson who swam a 29.00 on the breaststroke leg. Knelson is a transfer from Arizona, and this was her first meet with Vanderbilt. DeBeer swam the fly leg in a 24.48 and sophomore Eleanor Beers anchored in a time of 23.81.

Speaking of Tennessee transfers, any sign of Cassidy Bauer competing?

Is Bayer competing this semester?

Is Cassidy Bayer going to do a meet this semester?

If I remember right she has been there for three semesters and hasn’t competed. I wonder if she’s done swimming now. She seems very active and happy on social media