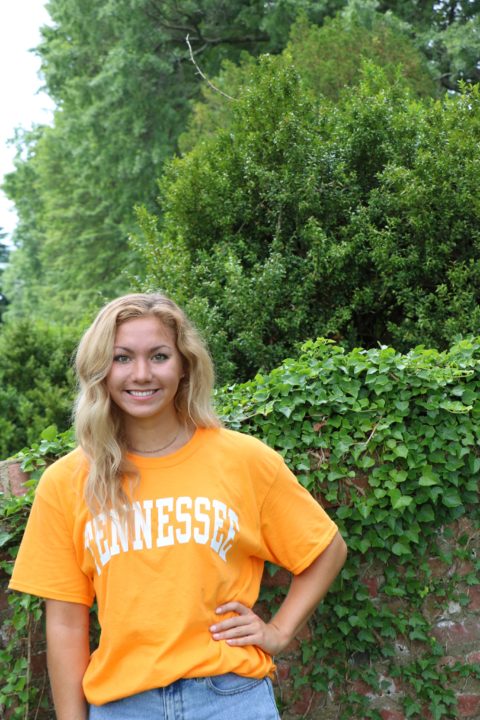 After one season at Arizona State, Claire Nguyen is transferring to the University of Tennessee for the 2020-2021 season.

After one season at Arizona State University, Claire Nguyen has announced the decision to transfer to Tennessee. She is at least the 2nd woman to transfer in to the Tennessee program this season, after at least 2 (Kendall Shields and Kaitlin Harty) transferred in last season.

“I am grateful for the time that I spent at Arizona State; however, I feel that Tennessee is a better fit for me both academically and athletically. I am so excited to be joining such an amazing program and can not wait to see what the future holds for me as a Lady Vol!”

Nguyen’s last meet for Arizona State came in the team’s dual against Northwestern on January 4th.

She joins a rebuilt distance group for the Tennessee Volunteers that will also include incoming East Carolina transfer Kristen Stege, who in her freshman season at ECU went from having never swum the 1650 free to breaking the AAC Conference Record and qualifying for the NCAA Championships. Their incoming freshman class also includes a number of mid-distance freestylers.

The distance freestyles were a scoring weakness for the Volunteers en route to the 2020 SEC Championship. The 1650 free (28 points) and 500 free (25 points) were 2 of the 3 lowest-scoring events for Tennessee at that meet.

The transfer will bring Nguyen closer to home. Prior to Arizona State, she attended Riverside High School in Leesburg, Virginia.

What’s her ethnic background? So curious with her last name.

Why does that matter? None of your business

Just curious as another mixed race individual. Don’t get so sensitive.

Good luck to Clair, especially given last name. My 4 kids are half Nguyen.

Tennessee will be really good in the years to come! Definitely a program on the rise. Congratulations Claire!

Josh Huger has made an unbelievable impact on Tennessee’s recruiting efforts. Since his arrival, they’ve been on fire, much different than before…They need to wrap him up and keep in Knoxville for a long time.

Huger has made a big impact. Recruiting also took off for both teams when they split the program. Kredich and Jahn focusing on women, Asti and Murphy on men. Seems to be good energy all around.

Absolutely true this program is one to watch. I give the woman VOLS 2 years and the man VOLS 4 years before they win NCAAs. All four of these coaches have genius IQ and possess more skill than any coaching staff in the USA. Amazing does not begin to identify the qualities of humanness, kindness, political correctness and empathy these outstanding people pass down to the swimmers. The power of the coonskin hat is undeniable.

Woah this is quite the hot take – both Tennessee teams winning NCAAs within 4 years. Don’t think I’ve seen this one before

Great recruiter and a better person. Great contributor to any positive on-deck culture. I am sure Kredich would love to keep him in Knoxville for the foreseeable future if he can

Oh man these Woman VOLS are on fire. No way they can lose SECs in 2021…mail em the trophy!

I’ll upvote you for going with Woman (though Women would’ve been better) over that lame Lady stuff.

Why’s she stop swimming in meets after January 4?

She swam Jan. 11th. I assume her season stopped there because she wasn’t on a travel roster for champs.

not in fact the case… She was removed at that point in the season for issues not publicly noted.

Nice! According to Huger’s IG, there’s another piece coming as well. Can’t wait to see who it is. I’m thinking maybe Julia Mrozinski from Germany.

Odds of an Indiana transfer next week now? Feel like these two schools just alternate weeks.

You were way off