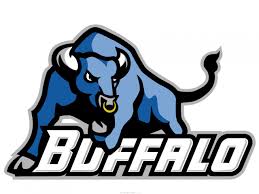 The Buffalo Bulls hosted their first meet of the season, the Western New York invite, on Saturday, and their senior...

The Buffalo Bulls hosted their first meet of the season, the Western New York invite, on Saturday, and their senior transfer from North Carolina Dan O’Connor looked very good in his first meet back in his home state.

O’Connor, a former ACC freshman of the year, is originally from Syracuse,and he opened up with a 9:20.29. That broke the year-old School Record of 9:21.09 set by Colin McAllister.

Buffalo was only picked to finish 3rd in this year’s pre-season men’s MAC Coaches poll, which is where they finished last year behind Missouri State and Eastern Michigan. With O’Connor coming in looking ready to blow up the MSU/EMU near-monopoly on distance events in the conference, though, the Bulls should make a serious run at second place.

Complete results for this meet were not available at the time of posting.