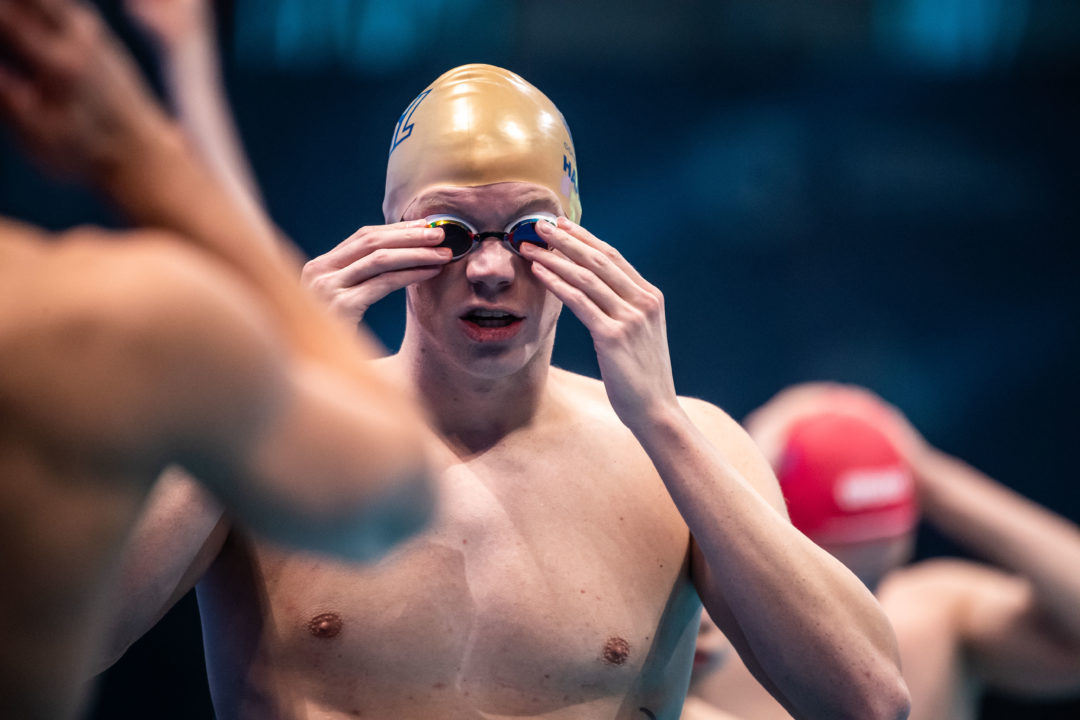 A staggering eight American Records fell during the second day of the International Swimming League’s Grand Final in Budapest, and the one that had stood the longest fell at the hands of Cali Condor Townley Haas.

Lochte won back-to-back SC World titles in the event in 2010 and 2012, and was also the long course world champion in 2011. The two swimmers actually teamed up to win Olympic gold on the American men’s 4×200 free relay at the 2016 Games in Rio.

Haas’ aggression on the opening 100, something we’ve seen from him time and time again in the NCAA, was the key in taking out Lochte’s record.

Haas had entered the ISL season having never broken 1:43 in the SCM event, holding a best of 1:43.48 from last season’s final. He went faster than that in all five of his 200 free swims inside the bubble, with his fastest performance prior to the final being a 1:41.58 in Match 8.

Compared to that swim, the biggest difference for Haas came on the last 50, closing almost seven-tenths of a second quicker.

The former Texas Longhorn was locked in a tight battle with London Roar stalwart Duncan Scott throughout the entirety of the race. Despite Haas being faster on the first and last 50s, Scott’s middle 100 earned him the win, setting a new British Record in 1:40.25.

Those swims rocketed Scott and Haas up to #4 and #5 all-time in the event, not to mention second and third overall in a textile suit.

Haas is also the former American Record holder in the short course yard 200 freestyle, having gone 1:29.50 at the 2018 NCAA Championships. That mark has since been lowered by Dean Farris, who clocked 1:29.15 swimming for Harvard at the 2019 edition of the meet.

Blake Pieroni, who was the first man ever under 1:30 in yards, had come incredibly close to breaking Lochte’s SCM record in 2018, going 1:41.15 on the FINA World Cup circuit.

So is virtually the entire world since London. 1:45 is an extraordinarily competitive time, even if not earth-shattering.

Was surprised at how far ahead Scott and Haas were ahead of Rapsys. Could spell trouble for Rapsys in Tokyo

Eh, maybe. He could be a better lcm swimmer. He certainly will have competition!

Congrats to Townley Haas for winning the 200 free! #AmericaFirst #RowdyorBust

Townley Haas broke the American record, he was second to Duncan Scott.

So? You’d have thought Hass won going by the commentary.