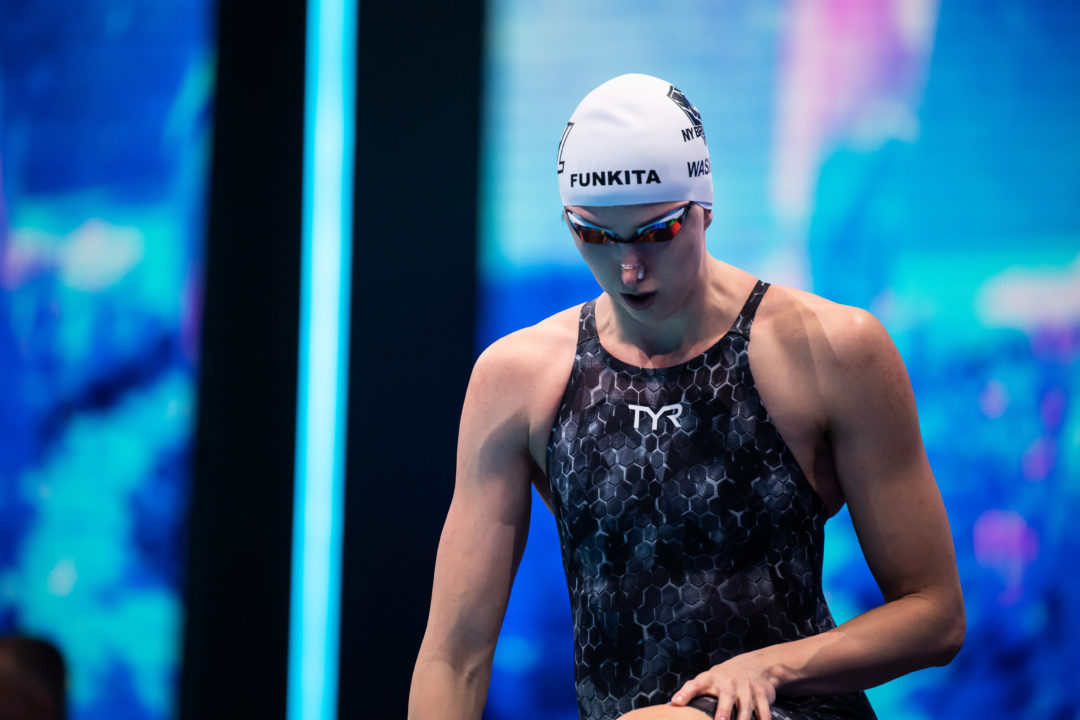 Kasia Wasick threw down a 51.81 100 freestyle for second place at match 5, exactly matching her 2020 Polish record in the event. Current photo via Mike Lewis/Ola Vista Photography

During the first race on day 2 of Match 5 of the International Swimming League’s 2021 season, Kasia Wasick swam a 51.81 to place second in the 100 freestyle and match her own Polish record. Wasick finished right behind LA Current’s Madi Wilson and scored 7 points for the Toronto Titans.

The time for Wasick is exactly the same as what she swam at Match 6 during the 2020 season when she placed 2nd to Siobhan Haughey. Wasick was competing for the New York Breakers when she broke the record in 2020 and is competing for the Toronto Titans during season 3.

Wasick had similar splitting during her two 51.81 swims but was out a little bit faster in 2020 and took it home quicker during the 2021 swim:

The swim for Wasick in an improvement upon her previous season-best of 52.25 which she delivered for a 4th place finish at Match 1 which is the Toronto Titans’ only other meet thus far. A 51.81 also makes Kasia Wasick the 5th-fastest performer in the event so far during season 3 of the ISL.

While Wasick is a top-ranked 100 freestyle in the league, she is also a key 50 freestyler for the Toronto Titans. During the 2020 season, Wasick was actually the fastest 50 freestyler in the league, having delivered a 23.30 at Match 6. That time for Wasick was just 0.01 seconds off Ranomi Kromowidjojo‘s ISL record of 23.29 at the time which has since been broken by Sarah Sjostrom who posted a 23.17 at Match 3.

Wasick has hovered over her 23.30 national record during her first 2 50 freestyles of season 3, having swum a 23.62 for 2nd place during match 1 and a 23.78 for 1st place at Match 5. In addition to her individual swims, Wasick scored 23 points for Toronto during the Match 1 freestyle skins event where she won the 1st round in a 23.64 and placed second to Sarah Sjostrom during rounds 2 and 3 with a 24.21 and 25.26, respectively.