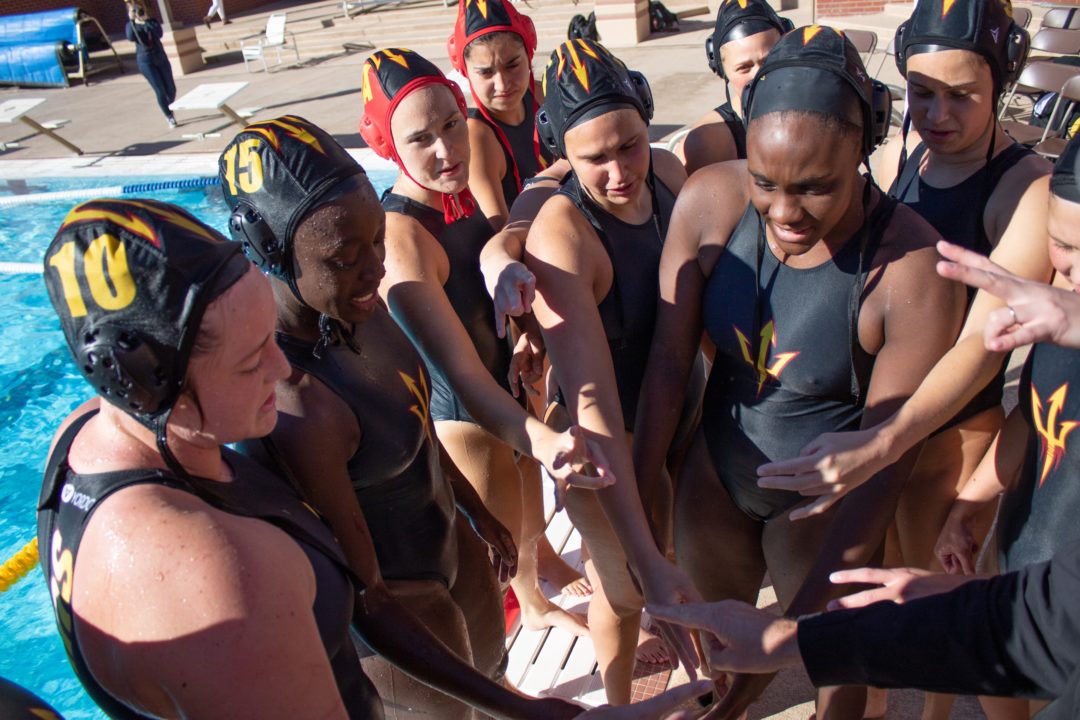 With just two upsets among 61 games, the Feb. 5 women’s Collegiate Water Polo Association poll saw only minor adjustments. No team moved more than two spots up or down.

The Top 3 remained the same from last week, led by the 2019 national runnerup USC with Stanford and UCLA right behind. Hawaii and UC Irvine rounded out the Top 5.

Arizona State climbed two spots from #10 to #8 after posting a 4-1 mark at its home Cross Conference Challenge. The Sun Devils picked up wins over #25 Azusa Pacific 12-6, Cal State East Bay 11-4, Sonoma State 18-5 and Princeton 9-5. ASU’s lone loss came at the hands of Hawaii. Borbala Kekesi was the top scorer for the Sun Devils, notching three goals against Azusa Pacific, two vs. Cal State East Bay, one vs. Hawaii, four vs. Sonoma State and three vs. Princeton.

Michigan fell two positions from #7 into a three-way tie for #9 after dropping all three of its contests at the Stanford Invitational. The Wolverines, which fell to #6 Cal 10-8, #2 Stanford 13-10 and #11 UC Davis 11-6, share the #9 spot with UC Santa Barbara and UC Davis.

The Gauchos, which had the weekend off, were #9 last week as well, while the Aggies moved up two spots from #11. UC Davis went 1-2, topping Michigan, while also dropping exhibition contests against #2 Stanford 12-4 and #6 Cal 13-11. Noelle Wijnbelt was one of the week’s top individual scorers, racking up seven goals in the loss to Cal.

Long Beach State and Harvard each moved up two spots to #12 and #15 respectively.

Cal Baptist joined the Top 25 for the first time in 2020, checking in at #25, tied with Azusa Pacific, after receiving votes last week. The Lancers went 1-1, falling in a two sudden death 11-10 loss to #21 Cal State Northridge and bouncing back with a 13-4 win over Fresno Pacific.