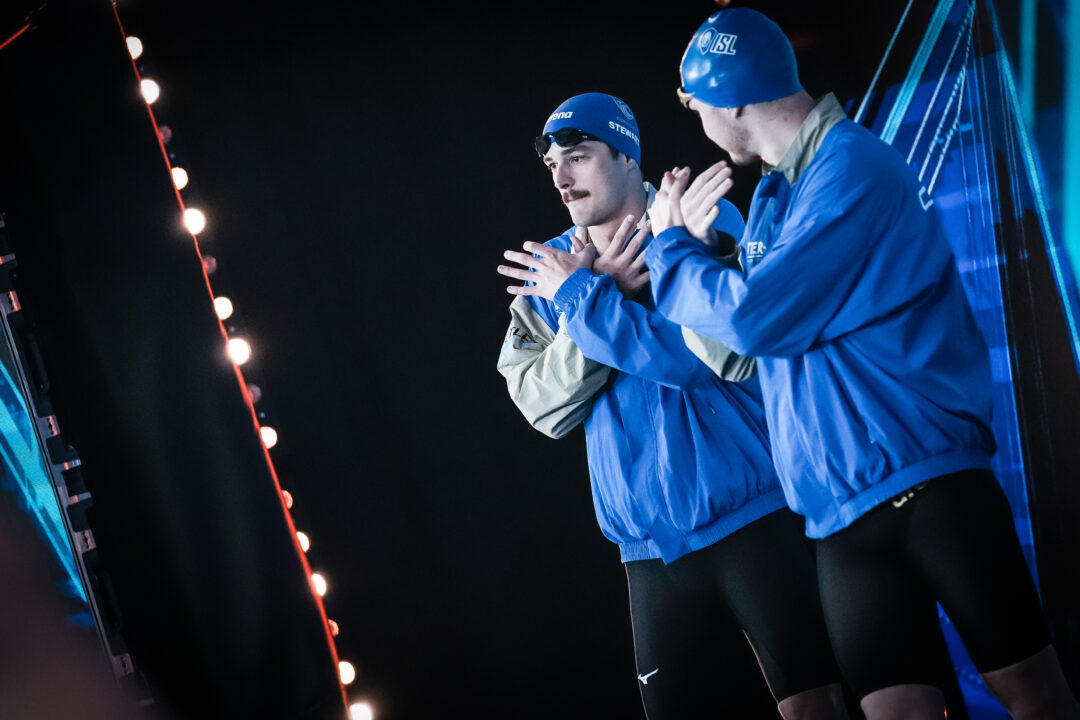 It's early in the 2021 ISL regular season, but the top-4 teams from each of the past 2 seasons still look like the favorites for the season 3 final. Current photo via Mike Lewis/Ola Vista Photography

Is there any team capable of disrupting the top-4 from the previous two seasons and getting into the season 3 final set for January? On paper, the Aqua Centurions looked like they had a shot at getting past the LA Current, but in the final standings the Current beat them by 69 points. The DC Trident made the battle for 3rd interesting and almost pulled off the upset, but the Aqua Centurions held them off.

Each of the past two seasons, Energy Standard, the Cali Condors, the LA Current, and the London Roar have vied for the ISL championship. While the draft that preceded season 3 served as a balance patch of sorts for the league, the top-4 teams don’t seem to have changed much, though we’re less than halfway through the regular season. The Tokyo Frog Kings is probably the team with the best chance of knocking LA or London out of the top-4, but we have to wait and see what happens in Match 6 before we can really evaluate the Frog Kings’ chances. The Toronto Titans are about on-par with the Frog Kings in terms of overall competitiveness in the league this season, but are they good enough to take down London? We’ll see in Match 5.

Caeleb Dressel provided an interesting perspective in his post-match interview. While speaking with Mark Foster, Dressel pointed out that having the Tokyo Frog Kings in the mix during Match 2 was a huge boon to the Condors since they are relatively weak in the 200s and 400s, areas that LA excels in, though Tokyo is also strong in those events and therefor helps to balance out LA somewhat. Match 6 will pit the Condors against the Frog Kings again, though LA will be replaced by the London Roar. The LA Current will resume racing on Thursday in Match 5 against the Toronto Titans, Iron, and the DC Trident. Each California team could be considered a slight favorite in its next match, though both London and Toronto will make for difficult opponents.

How to Beat the Cali Condors: Middle-Distance

The Cali Condors are having an extremely difficult time with middle-distance this season.

In the men’s 400 freestyle on day 1, the LA Current placed 1st and 2nd and stole all of the points from Cali’s two swimmers, including a 6-point bonus temporarily awarded to Cali’s Khader Baqlah for turning first at the 100-meter mark. Ultimately, LA earned 26.5 points from the men’s 400 freestyle while the Condors were deducted a point for Tom Peribonio failing to meet the minimum time standard, creating a 27.5 point split between the two California teams in less than 4 minutes. The men’s 200 freestyle didn’t go well for Cali either, though it was another great event for LA, who scored 16 points with a 1-2 finish in the race versus Cali’s 5.5 points. Similarly in the women’s 200 freestyle, LA scored 13 points to Cali’s 6 points.

How about the IMs? The women’s 200 IM was a great race for LA, who placed 1st and 3rd, meanwhile, the two Condors swimmers placed 7th and 8th and had their points stolen by LA’s Anastasia Gorbenko, who came away from the race with 15 points for a total of 21 for the Current. The men’s 200 IM resulted in 12 points for LA and only 4 points for the Condors. Cali did well in the women’s 400 IM, and so did LA, though it was DC that ran away with the points in that one. The men’s 400 IM was dominated by the Aqua Centurions who scored 24 points total, though LA also did well by bringing in 18 points. Cali, however, came away with only 4 points.

Cali is much better in the other 200s of stroke, particularly breaststroke and backstroke. Their top athletes could get spread a little thin though if multi-stroke specialists like Beata Nelson and Coleman Stewart are being used in multiple 50s and 100s, as well as a 200 backstroke or a 400 IM.

The Battle for 3rd

If the DC Trident’s sprint freestylers had hit their stride, they probably would have placed 3rd in Match 4. However, with no men advancing beyond the first round of the skins race and overall lackluster relay performances, the Trident just couldn’t catch up to the Aqua Centurions. The Centurions did quite well in breaststroke and IM, and their relays were good enough to consistently out-perform DC, giving them the edge.

DC has finished 4th twice this season, though they should have a good battle for 3rd with Iron in Match 5–most likely, DC will not beat the LA Current or the Toronto Titans in Match 5. The Aqua Centurions, on the other hand, have their work cut out for them in Match 6 when they go up against the Cali Condors, the London Roar, and the Tokyo Frog Kings.

A hopeful saving grace for Cali in the middle distance should be the arrival of  Aleksandr Krasnykh and Hali Flickinger. Hopefully they will arrive for the play offs and fill some of the gaps for the condors !

Our “number one draft pick” Hoffer is just waiting to taper for playoffs, assuming that we make it that far.

I personally am really liking the Aqua centurions. Now with additions over the past couple seasons, like Szabo and Kalisz, they are winning some events and making moves. They’re not great yet, but I am certainly pleasantly surprised.

I agree. They are starting to turn into my favourite team. Ceccon was the right draft pick, he’s a machine!
They have to focus on recruiting great female sprinters next year though

I agree. They are starting to turn into my favourite team. Ceccon was the right draft pick, he’s a machine!
They have to focus on recruiting great female sprinters next year though

Ceccon wasn’t a draft pick. They got to “retain him” in spite of him never having been on the team.

He would’ve probably been their #1 pick anyway, but they would’ve had to give up Kamminga.

So by being able to retain him even though he didn’t compete for Aqua in season 2, they basically got #1 and #2 pick