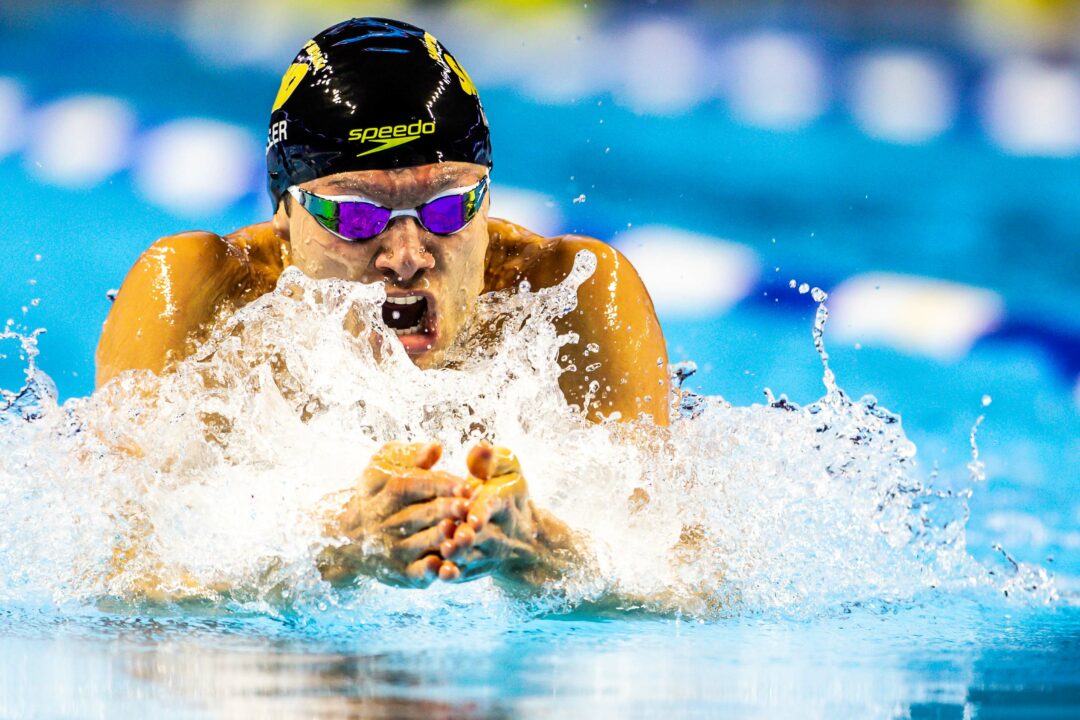 Cody and Ali Miller welcomed their first son, Axel, in November 2020. The Indiana-based duo has been married since 2017. Archive photo via Jack Spitser/Spitser Photography

Olympic medalist Cody Miller and his wife, Ali, are expecting their second child together, he announced on social media on Saturday.

“Baby #2 is in the OVEN! Axel’s getting a brother!” Miller wrote.

The Indiana-based duo got married in 2017 and their first son, Axel, was born in November 2020. Their second child is due in February 2022, according to Ali’s Instagram announcement.

Miller, who trains at Indiana University, took bronze individually in the 100-meter breaststroke at the 2016 Olympic Games and picked up a gold medal on the men’s 4×100 medley relay.

He is currently competing for the DC Trident in season 3 of the International Swimming League. He was a captain of the team in 2019 — alongside Natalie Coughlin — but took last season off to be home for Axel’s birth.

In June, Miller missed out on qualifying for his second Olympics after finishing 11th in the 100 breast and 14th in the 200 at U.S. Olympic Trials.

In recent years, he has risen to popularity on YouTube, amassing around 164,000 followers for his candid videos that include behind-the-scenes swimming lifestyle content like workouts and gear reviews. In March, Miller, who was previously a TYR athlete, signed with swimwear giant Speedo.

Not enough for the Mixed Medley Relay yet.
Will need to try for at least #3 for a chance.

Little did we know that by not finishing 8th, Cody Miller was referring to another swimmer of sorts…

This time I want to see a crib construction video. Also has Cody gone to the mommy and me class with Axle?

More babies! Imagine in 20 years we get a showdown between the babies of so many olympians that are active today.

Not surprised, Cody’s never understood the concept of a pullout… jokes aside congrats Cody and Ali!

Poor lady, there’s gonna be a lot of extra kicks.