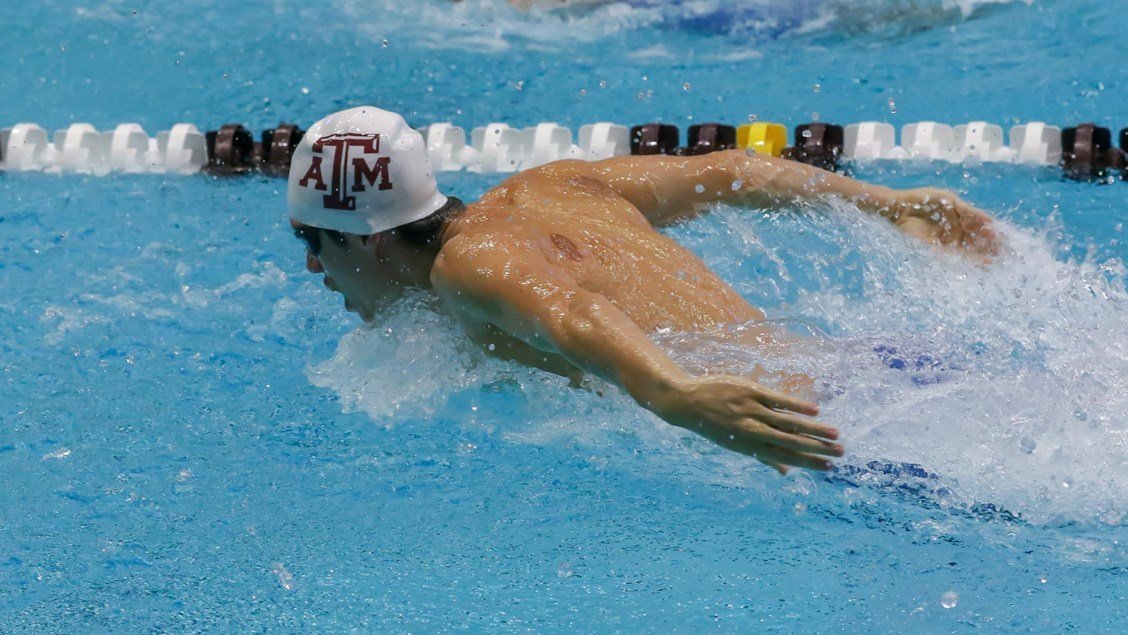 The Texas A&M Men knocked off TCU and the Texas A&M women swept both TCU and Rice on Saturday evening in College Station, with both meets’ final scores being softened by exhibition swims late in the meet.

Even with most of the Aggies racing off events, the quality of the Texas A&M men’s freshman class showed through in the meet. Sprinter Shaine Casas won his only individual event of the meet, the 200 fly, in 1:48.70 – a 4-second margin ahead of the runner-up, TCU freshman Kade Knoch (1:52.72).

Casas and another Aggie freshman Clayton Bobo also book-ended the Aggies’ meet-opening win in the 200 free relay in 1:28.06.

The Texas A&M men won all but 1 event on the day, with the exception being the 100 free. There, TCU freshman Noah Cumby outdueled Aggie freshman Coco Bratanov 46.15-47.04. That time for Cumby is just 4-tenths short of his lifetime best. TCU isn’t racing a traditional mid-season invite this year, which makes for a challenge in gauging their progress under new head coach James Winchester.

For the victorious Aggies, Sydney Pickrem swam both butterfly events, which are not traditional for her, but added the 200 breaststroke: a race in which she’s the Pool Record holder. Her 2:16.16 was enough for a win there, but is the 3rd-slowest time of her collegiate career. It’s almost identical, however, to the 2:16.28 she swam at this meet last season en route to a 3rd-place finish at NCAAs.

The A&M men still have one more meet left, against Incarnate Word, before settling down for winter training. For the A&M women, that wraps their 2018 competition schedule, as they’re now off until January 5th, when they welcome SMU to College Station.