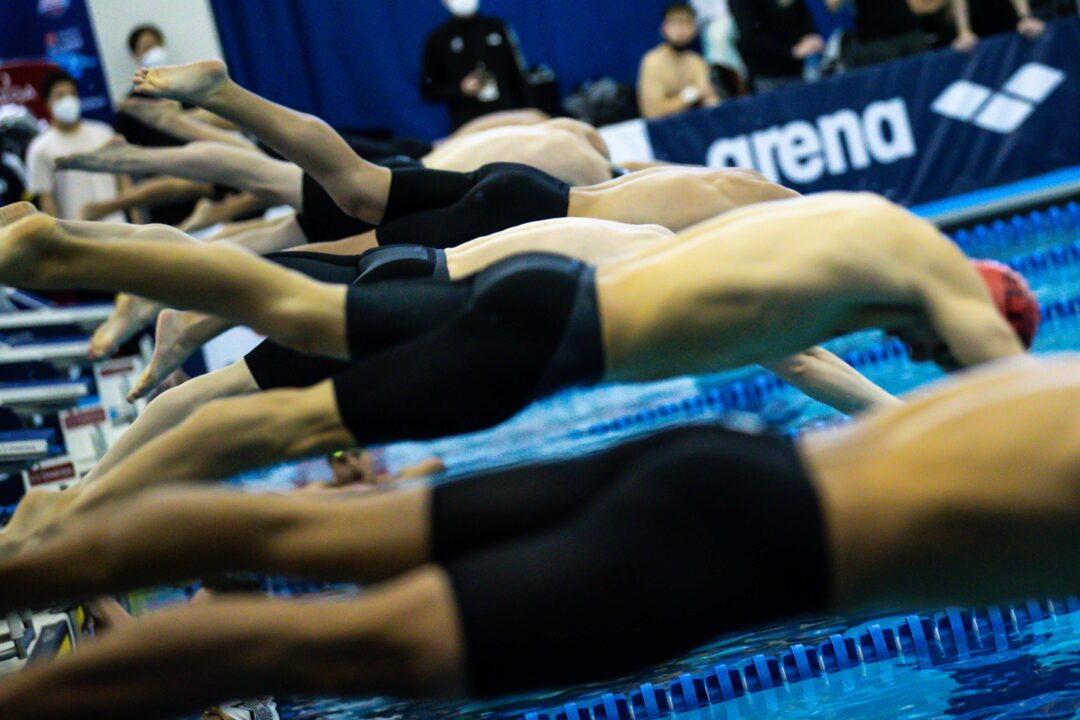 The meet is headlined by numerous college commits and has multiple athletes seeded to win both of their events at the meet.

After winning both of her events at the Region 6 Championship meet, Avery Dillon of Lamar Fulshear enters the State Championships as the favorite in both the 200 and 500 freestyles. Only a freshman, Dillon won the 200 in 1:51.65 and the 500 in 4:59.72. Conor McKenna, a senior at Frisco Wakeland and Princeton commit, also leads the field in the 200 free by a wide margin. After winning the event at the Region 3 meet, he’s the only swimmer seeded below 1:41.0, having finished in 1:39.55.

Joining McKenna as a top seed out of Region 3, Campbell Chase, a sophomore at Dallas Wilson, enters the state meet four seconds ahead of the field in the women’s 200 IM. One of the top swimmers in the class of 2024, Chase is seeded at 2:02.30. The men’s event is also led by a sophomore, with Tony Laurito of Friendswood holding the top time at 1:49.30. Laurito won the event at the Region 5 Championships.

The women’s sprint events are set to be dominated by a senior, Sienna Schellenger of Frisco Independence. The defending champion in the 100 free and silver medalist in the 50, Schellenger won both events at the Region 3 meet and is set to enter the state meet as the top seed in both. After Schellenger wraps up her high school career this spring, she is set to make the Lee and Joe Jamail Swimming Center her new home, having committed to the University of Texas.

Also a senior from Frisco, Texas, Jon VanZandt of Frisco High School also leads the field in the sprint freestyle events. Like Schellenger, VanZandt also won both events at the Region 3 meet, touching at 20.42 in the 50 and 45.05 in the 100 free. VanZandt is committed to Auburn for the fall of 2022.

A pair of Texas A&M commits lead the field in the 100 fly, with Ellis Fox, a junior from Lubbock, and Connor Foote, a senior at San Antonio Alamo Heights, leading the field. Fox is seeded half a second ahead of the field at 54.86, while Foote holds a time over a second ahead of the second seed in the event, having touched in 47.02 last weekend. Foote also adds a second top seed at the meet, leading the field in the 100 back at 49.03.

Georgetown High School’s Jeremy Kelly holds the top seed in the 500 free after winning the event at the Region 5 meet. Only a sophomore, Kelly holds a narrow edge over Grant Hu with his seed time of 4:33.48. Region 5 also produced the to time in women’s 100 back going into the state meet, with Camille Murray, a sophomore at McKinney North, entering with a seed time of 54.54.

The 100 breast is led by a pair of seniors, with Texas commit Lindsey Hosch leading the women and Utah commit Landon Alarcon leading the men. Hosch enters the meet seeded at 1:03.18 while Alarcon is seeded at 55.48.

there are a lot of freshman in 100 backstroke for the women! Including Angelina Huang, Hadley Dodson, and Stephanie Oiesen. Any comments about the incoming freshman?