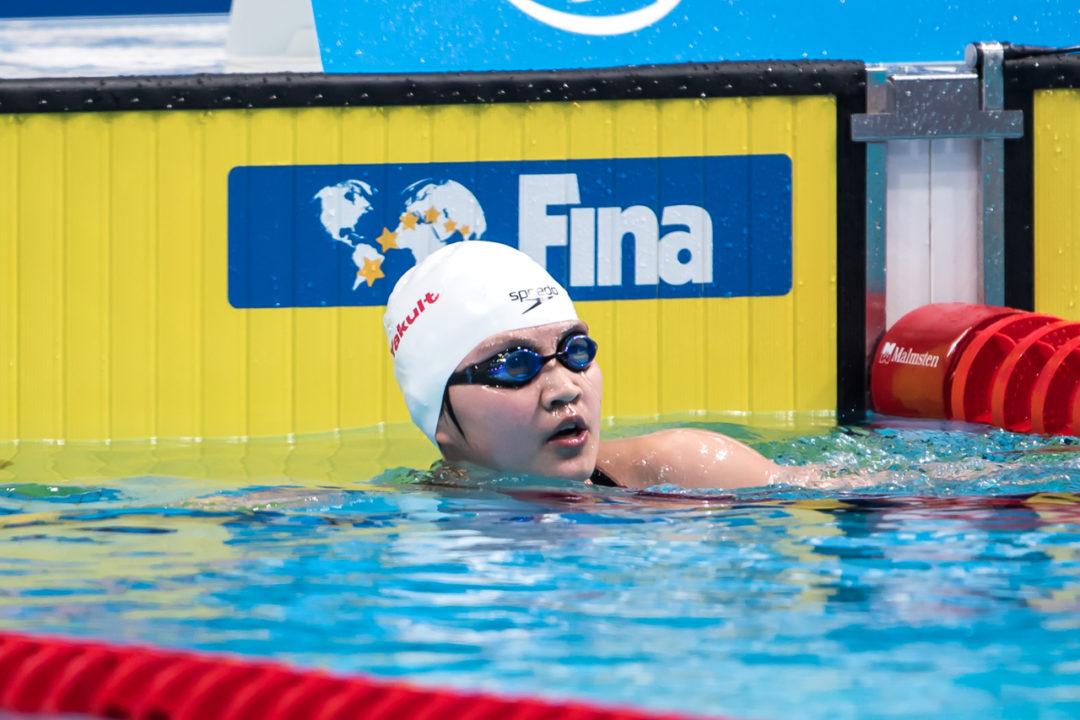 All eyes may have been on Olympic champion Sun Yang in the beginning of tonight’s finals in Tianjin, but by the end of the session the attention turned to teenager Li Bingjie. The 15-year-old fired off a new Chinese National Record and Asian Record en route to gold in the women’s 400m freestyle tonight on day 2 of the National Games of China, winning the event by almost 3 seconds.

Li cranked out a wicked-fast time tonight of 4:01.75 to establish herself as the first Chinese woman ever to venture into sub-4:02 territory. The previous Chinese National Record stood at the 4:02.35 Chen Qian earned at this same meet way back in 2009, a mark that also stood as the continental record.

Entering the meet, Li’s fastest effort was the 4:02.52 she collected at Chinese Spring Nationals, a time that was already within two tenths of that 2009 national record. She then earned bronze at the 2017 FINA World Championships behind gold medalist Katie Ledecky (USA) and silver medalist Leah Smith (USA), racing her way to a mark of 4:03.25. Her time tonight not only beats both of her earlier efforts, but would have garnered bronze at the 2016 Olympic Games.

Splits were not available at time of publishing, but will be included once provided.

I love Chinese Nationals. It is like a no-holds barred drug fest where you rarely see similar performances again.

Often the times there do seem strangely fast. That said, Li Bungjie had been on the rise for a couple of years now. She was a breaking performer at this year’s World Championships and put up some of the best splits of anyone at the meet on the Chinese 4×200 FR.

A clueless statement. Live and work in China and try to understand their culture, and you’d think otherwise. Winning at the National Games is like winning a $1 billion lottery ticket. You’d swim fast as sh*t too if you had that option…