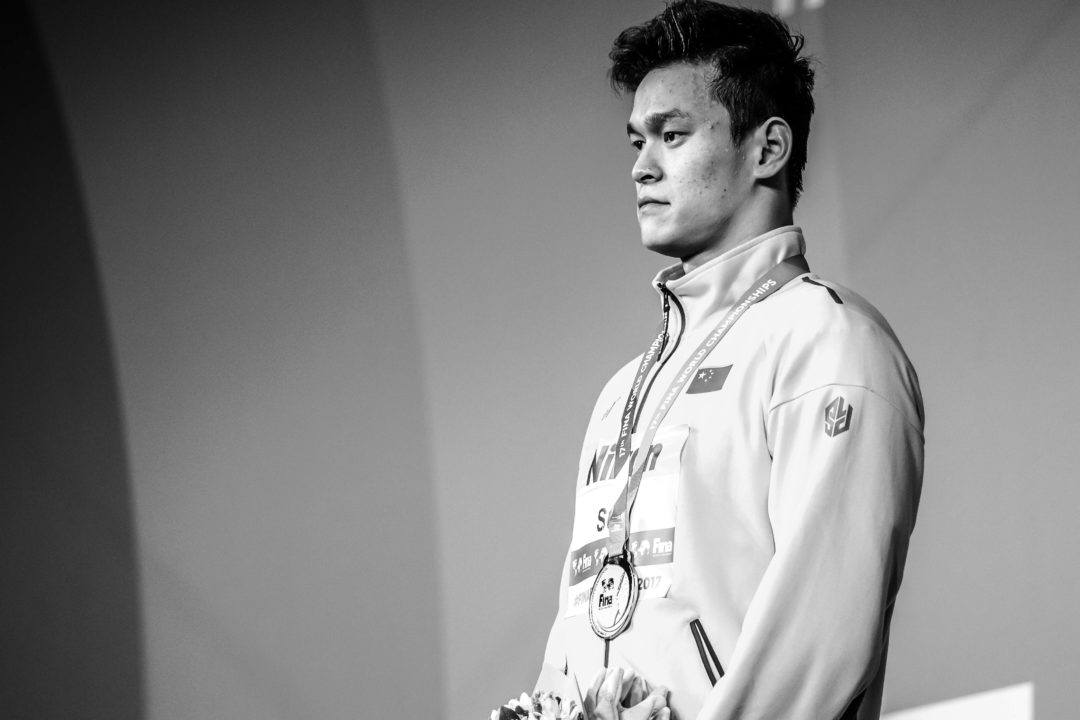 Sun Yang is ready to go to work at the National Games of China, which kick-off on August 27th. Archive photo via Mike Lewis/Ola Vista Photography

The 13th Annual National Games of China kick-off in Tianjin August 27th, with the nation’s most talented athletes across 31 different sports competing in what is widely regarded as the premier sports event at the national level. Held every 4 years, the National Games include disciplines from weightlifting to shooting, from track and field to swimming, collectively offering 341 events through its conclusion on September 8th.

The swimming portion of the competition begins on September 1st, with several notable names ready to make their presence known. Two-time gold medalist at the 2017 World Championships, Sun Yang, is expected to compete, as is 200m freestyle finalst in Budapest, Siobhan Haughey.

A face new to the competition, however, is Kenneth To, the former Australian national teamer who followed his roots back to Hong Kong , and has been competing under their flag since earlier this year. 25-year-old To officially represented Hong Kong for the first time internationally across the World Cup Series, earning silver in the 100m event at the most recent stop in Eindhoven.

To has been handpicked by China to join Sun Yang on the men’s 4x100m freestyle relay at the National Games. Under new rules applied to the competition, relay teams are allowed to be made up of swimmers from different provinces. Both swimmers have been training at the Hong Kong Sports Institute where To is normally based, with Sun making the facility his home in preparation for these Games. (SCMP)

Says To of joining Sun on the relay, “I had never met him before even though Sun came to Australia quite often for training. He trained in the Gold Coast while I was based in Sydney, but I am really looking forward to the race as we all know he is a great swimmer.

“I feel very excited, and in fact we have trained together for a while as Sun is in Hong Kong in preparation for the Games.”

The official website for the National Games of China is here, with the complete sports schedule available here.