Taylor Ruck Lowers 100 Back World Junior Record To 59.28 In Indy 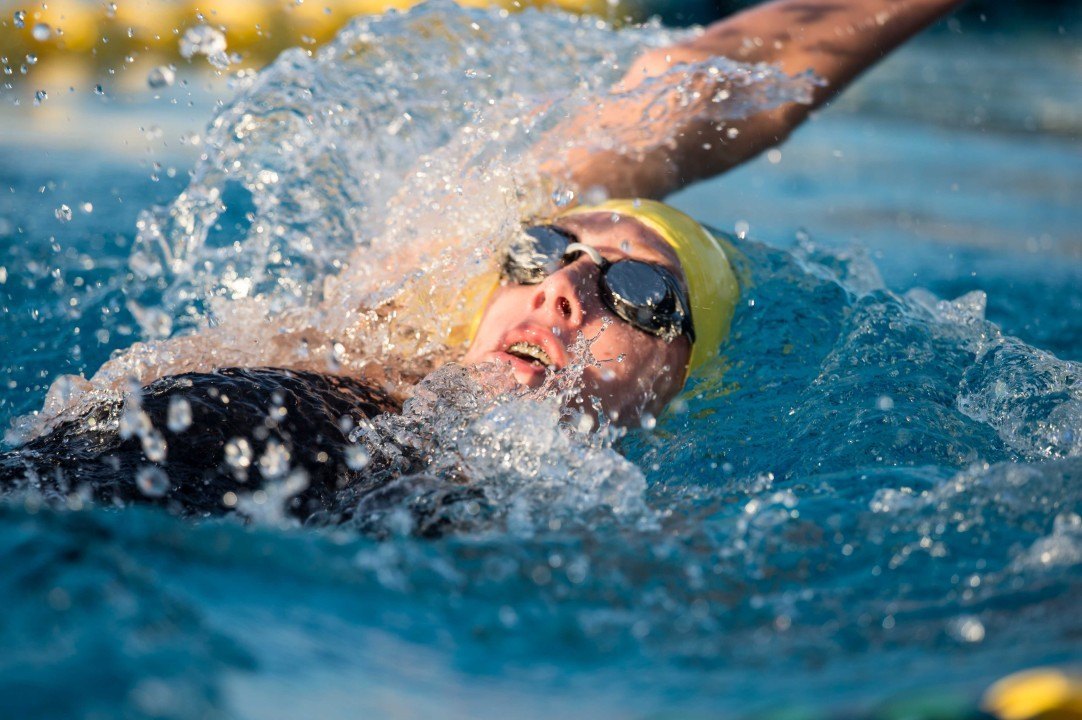 Taylor Ruck lowered the World Junior record in the women's 100 back down to 59.28. Archive photo via Mike Lewis/Ola Vista Photography

After breaking a minute for the first time in the preliminaries, Canadian Taylor Ruck broke the world junior record in the women’s 100 backstroke during the first finals session of the 2017 World Junior Championships in Indianapolis.

Ruck had lowered her best from 1:00.46 to 59.64 in the heats, but had been outdone by American Regan Smith who broke the meet record in 59.52. Ruck then broke that and Minna Atherton‘s WJR in the first semi-final during tonight’s session, touching in 59.28 to shave six one-hundredths off of Atherton’s time. Atherton, the 2015 gold medalist in this event, had set that record of 59.34 at the 2016 Australian Grand Prix.

After Ruck’s record-breaking swim, Smith improved her best down to 59.41 in the second semi, setting up an exciting final tomorrow night.

These big swims from Ruck are no surprise after what she did last month at the Canadian Junior Championships.

After a rocky Trials meet in April where she failed to qualify for the World Championships (after winning a pair of Olympic relay medals in 2016), Ruck had shown solid form on the Mare Nostrum Tour throughout June before she rocketed to a 2:07.62 200 back at Canadian Juniors. That was her only event of the meet, but it certainly indicated she was on track to do well in Indianapolis. So far, so good.

Ruck wasn’t done there, as she anchored the Canadian 4×200 relay minutes later to another world junior record and the gold medal.

Fellow Canadian Jade Hannah qualified 3rd for the final in 1:00.21, as Canada’s female backstroke depth continues to impress. They now have the world junior record holder as well as the world record holder (and current world champion) in Kylie Masse.

Ben Titey, her coach at the High Performance Centre in Toronto, has done wonders. She was fast when she got there but has made some significant drops since she started training with him.

Ben Titey sounds dirty somehow. The name itself, don’t know a thing about the guy. It just sounds like the punchline of a dirty joke and I can’t come up with a good setup for it.

Missy franklin went 58.32 at age 17 at the London olympics so this time isn’t really a WR

monster time, and she’s not even in college yet

Historically the w 100 back is the WR held by the youngest competor at 12 years old .

Either way, that girl is pretty good at swimming.

Canadian backstroke is in fantastic hands. Is there a video anywhere?