Tate Jackson Texted his Brother that he would be 48.7 Tonight (Video) 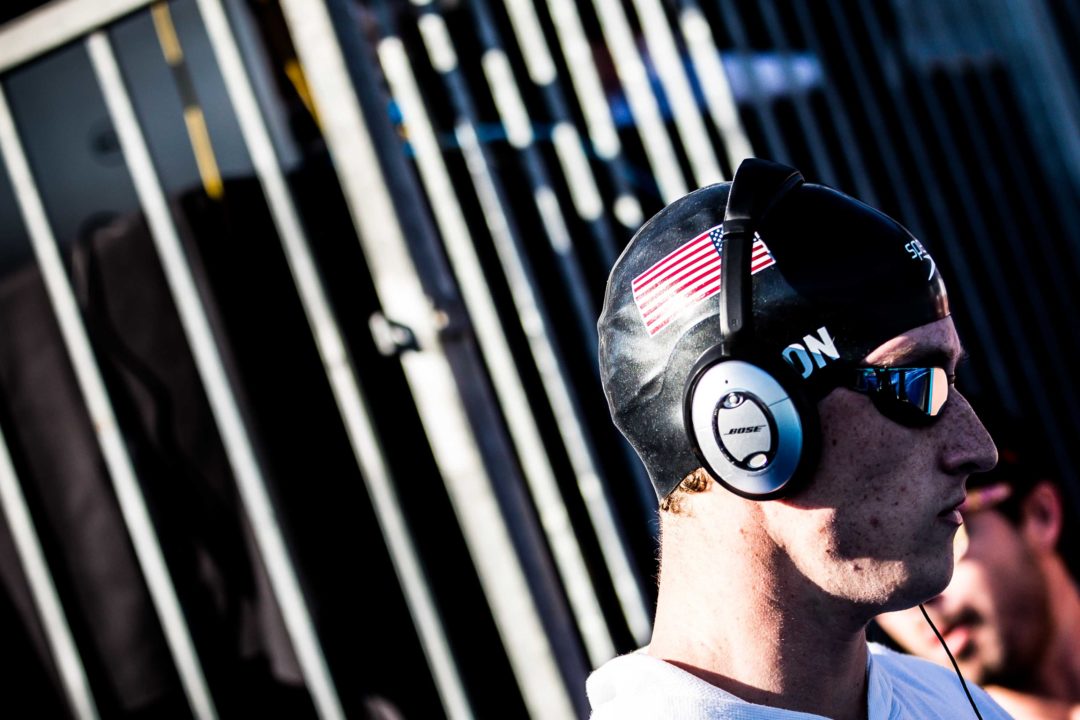 Jackson posted his fastest time ever at a non-taper meet in 48.72, while Farris (48.97), Held (48.99) and Pieroni (49.00) had virtually nothing between them Current photo via Jack Spitser/Spitser Photography

Zach Apple successfully defended his top seed from the prelims, winning the men’s 100 free in a time of 48.59. Apple proved superior on the second 50 of the race, closing in 25.26 to edge out Tate Jackson. Apple, 22, leads the world rankings after going 47.69 in December at the US Open.

In the B-final, Caeleb Dressel got out quick in 23.02, but Nathan Adrian stormed home with a back-half split of 25.24 to run down the reigning world champ and win the heat in 48.62, putting him eighth in the world. Dressel clocked 48.68, just off his 48.63 from February. The two would’ve been second and third with those swims had they’d been in the A-final.

Awesome to see him have a great performance in his home state. Realistically, thinking he has an outside shot for the relay heading to Tokyo!

He looks good! I’d say he’s got better than an outside shot… maybe less than 50-50 but he’s pretty close. Needs to nail those prelim swims…