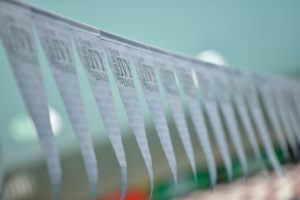 Texas Women, Indiana Men Come Up Big On Day 1 Of Meet With Gators

Joanna Evans won a pair of events on the opening night of the Texas/Florida/Indiana meet.

Gators Head to Austin for Tri-Meet with Texas, Indiana

The University of Florida men’s and women’s swimming & diving teams head to Austin, Texas, for a matchup against Texas and Indiana.

SEC Names Swimmers, Divers of the Week, Including 3 Florida Gators

More than a fifth of voters are still expecting the Florida men to finish inside the top 5 at 2019 NCAAs, while 83% predicted the team to remain inside the top 10.

Michael Andrew qualified for the 2018-2019 US National Team in all 4 strokes.

Trey Freeman Will Decline His Spot on the 2018 Jr. Pan Pacs Team

According to his mother, Trey Freeman will decline his spot on the Jr. Pan Pacs team because that comes after the start of his fall semester at Florida.

Regan Smith and Olympic medalist Kathleen Baker will go up against a stacked 100 back field after tying for the 200 back win.

Ryan Murphy will go for the backstroke sweep on day 4 of the 2018 Phillips 66 Nationals Championships.