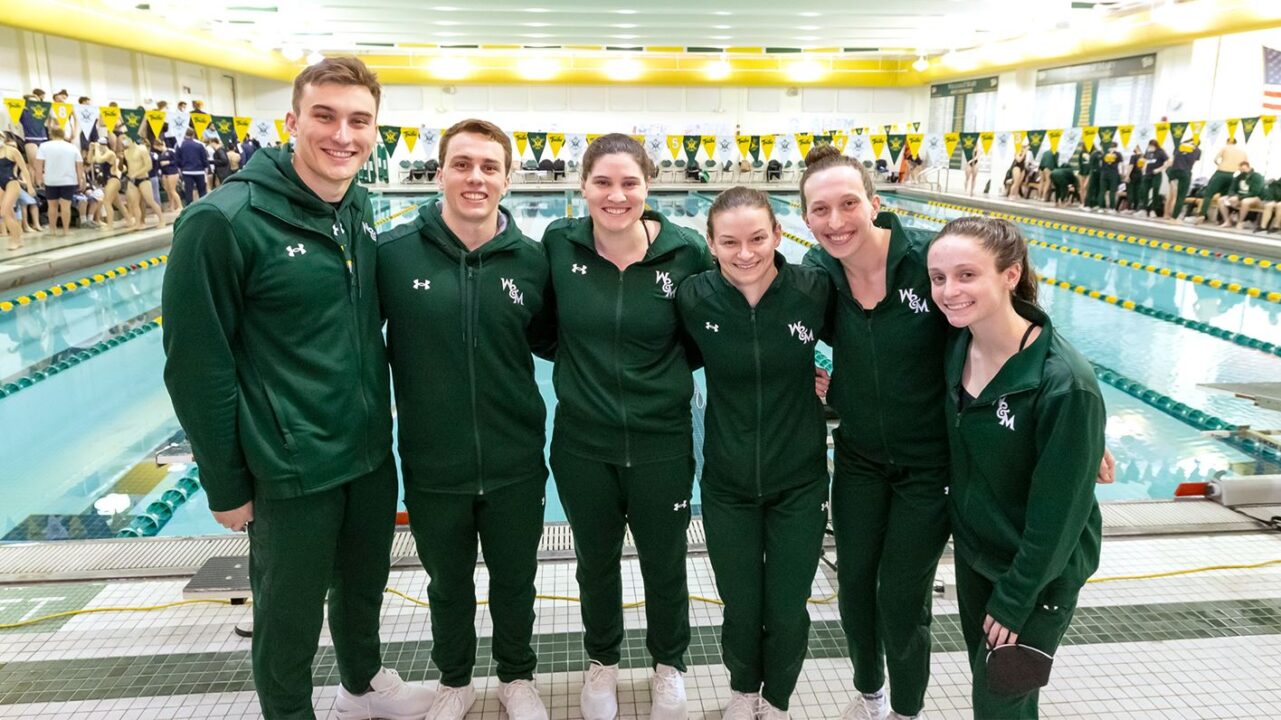 In less than 18 months, the W&M Tribe swim team went from being cut to seeing their women capture their first CAA title in five years. Archive photo via Tribe Athletics

The College of William & Mary swim team has been on quite the roller coaster ride over the last 18 months. In early September 2020, the school announced that it’d be cutting seven sports, including both men’s and women’s swimming, after the 2020-2021 school year.

Faster forward to this month, and the Tribe women captured their fourth Colonial Athletic Association title, which was their first they went back-to-back in 2016 and 2017. In the five years since that last title, the team has faced a coaching change, a pandemic, the team being cut, losing recruits and swimmers in the wake of the announced cuts, and then both the women’s and men’s teams ultimately being preserved.

It’s been a bumpy ride, for sure, but the W&M women have proved to be resilient in the face of numerous challenges. That resiliency parlayed into a team title where they beat UNC-Wilmington by 42.5 points, despite not having a diving program. Head coach Nate Kellogg, who was promoted from assistant coach after longtime head coach Matt Crispino took over the Princeton men, earned CAA Women’s Coach of the Year honors in light of the Tribe’s success.

The pieces had been there for a while; the women had had four consecutive runner-up finishes. And while it helped that the defending champions, the JMU Dukes, were not competing this postseason as they change conferences, the W&M women still needed to step up and deliver, and they did.

They set the tone early by sweeping the 200 medley and 800 free relays on the first day of the meet. The next day, Missy Cundiff set a new CAA meet record with a winning time of 22.26 in the 50 free. Over the next two days, the Tribe also earned victories from Anna Kenna (100 back), Annie Tuttle ( 200 breast), and Katie Stevenson (100 free).

In W&M’s post-championship article, Kellogg explained his feelings on the championship. “Perspective is key because a year and a half ago, we did not exist after being cut. To bounce back in the middle of COVID and all the adversity this group has faced just shows how tough, resilient and driven they are.”

When you have a school that’s been around since 1693, you’d hope you’d have some committed alumni. Sure enough, one of the most notable aspects of W&M’s saga was the key role a strong alumni base played in the campaign to reinstate the team, and Kellogg recognized their support as well.

First and foremost, a huge thank you to our alumni and broader community supporters for bringing this team back. We obviously wouldn’t be here without them. We had some key performers over the weekend, but up and down, everybody contributed to this effort. It was a total team effort.

The men’s team may take a bit longer to bounce back. They were hit hard both in recruiting and in transfers since it took longer for the men’s team to get reinstated, and they have now finished 5th in back-to-back years after a run of six conference championships.

But with a newly-ascendant women’s team, an experienced and proven coaching staff, and remarkable alumni base, watch for the Tribe to continue to make waves for years to come.

This recognition is well-deserved! Congratulations to the team! The men will be back too; it’s an outstanding program