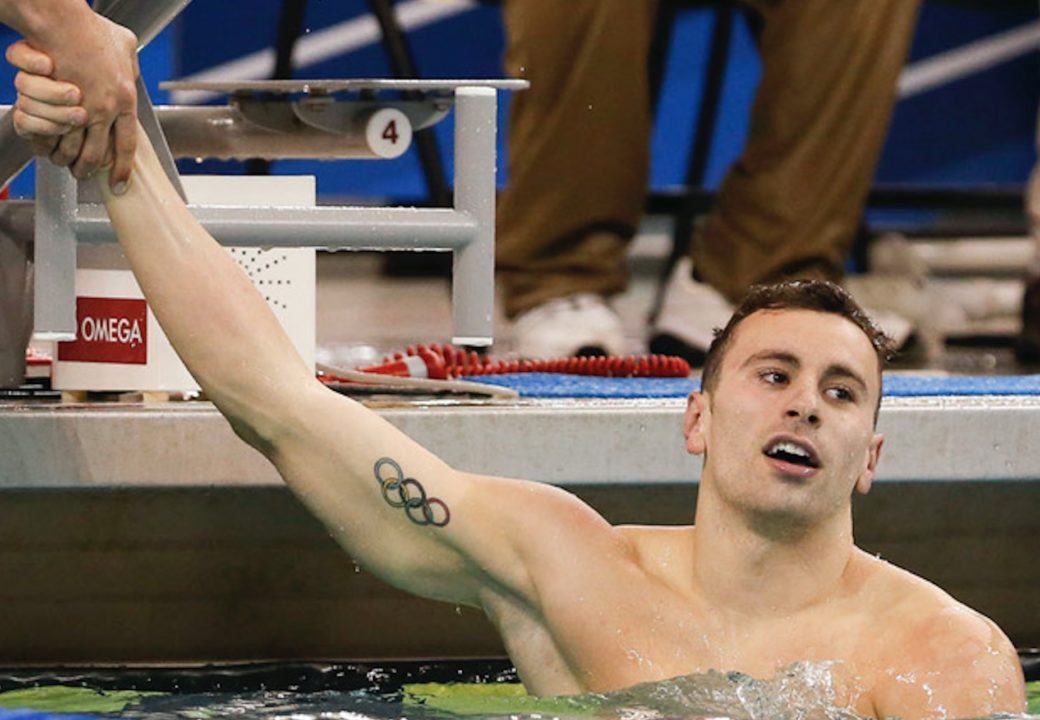 Only 4.7% of voters believed in Indiana before the meet... but Blake Pieroni helped that number multiply by a factor of 6 after three sessions of men's NCAAs. Current photo via Tim Binning/TheSwimPictures.com

Our most recent poll was a daily double – we asked SwimSwam readers to predict the winners of men’s NCAAs twice at different points in the week to see how opinions shifted as the meet went on:

Question: Who will win men’s NCAAs?

From Tuesday through Thursday finals:

Question: Who will men’s NCAAs? (Round 2)

From Thursday night through Friday finals:

The results of our two polls show what many of us felt during last week’s event – belief in IU as a legit title contender suddenly surging as swims continued to pile in.

Indiana was ranked surprisingly high by both scoring mechanisms we tried out pre-meet, but despite projected finishes of 2nd and 3rd, there were still more doubters than believers in our comments section. Even in our own Power Rankings, we had IU as a consensus #5 pick among our four rankers.

In defense of fans (and of us!) much of that doubt was defensible. Indiana had previously lost points to psych sheet scoring, and even with a big diving boost coming it was hard to project IU’s top-heavy but thin lineup beating the juggernauts in the top 4.

However, after two days of racing, Indiana had broken a national record (Blake Pieroni‘s 1:29.63 200 free), won an NCAA relay (the 400 medley), finished second in another (800 free relay), had the fastest 100 breast and 100 free splits in the medley relay field, put swimmers into two of three individual A finals and gone 1st-3rd in 1-meter diving. Leading the meet by 4, IU suddenly looked like a real threat to even the staunchest doubter, and they surged from just 5th place in our pre-meet poll to leading all teams by double-digit percentage points.

Texas looked like the heavy favorites coming in, at least per our poll. But their 47% was sliced down to less than half of that after a day and a half of racing. The Longhorns struggled early, and John Shebat‘s prelims struggles on the 400 medley relay looked an especially damaging miss for the Longhorns. Shebat eventually came back to get second in both backstrokes, which was essential for Texas’s narrow win.

A few die-hards picked outside of the top 5 teams in both polls. Interestingly enough, each of those “other” votes was a unique voter between the two polls, meaning that ~1% wasn’t just the same die-hard Harvard/Dean Farris fan.

Below, vote in our new A3 Performance Poll, which asks voters to select the most impressive barrier-breaking swim of men’s NCAAs:

Those same people are Yankees, Lakers, Cowboys, and Duke fans.

no, the question wasn’t “who are you rooting for?”

The question was “who do you think will win?”