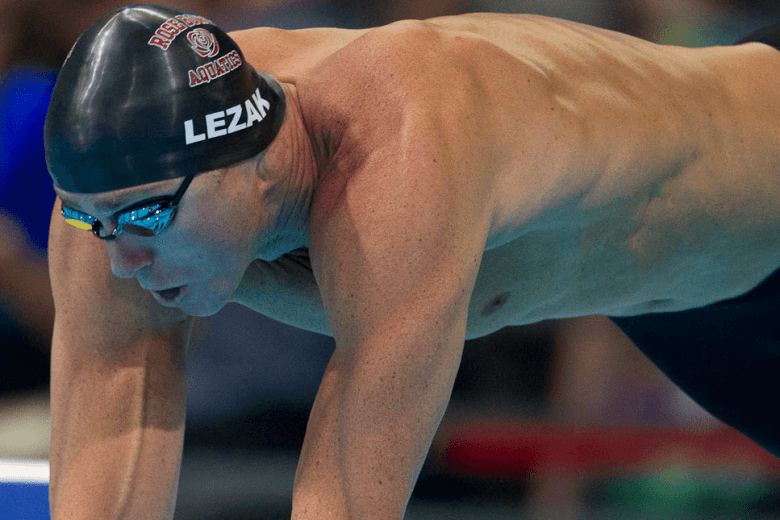 By an overwhelming margin, fans selected Jason Lezak's SwimSquad as their team of choice in this year's SwimSquad Battle. Archive photo via Tim Binning/TheSwimPictures.com

Our most recent poll asked SwimSwam readers to pick a SwimSquad to fan for the coming Pro Swim Series:

Question: Which SwimSquad are you rooting for?

By an overwhelming margin, fans selected Jason Lezak‘s SwimSquad as their team of choice in this year’s SwimSquad Battle.

Certainly much of this poll has to do with name recognition for the team captains, as it’s pretty unlikely voters looked at each team’s full roster before casting a vote in our sidebar poll. Lezak benefits from swimming perhaps the best-remembered race in swimming history (American swimming history at least) – his legendary relay anchor comeback at the 2008 Beijing Olympics. A decade later, it still remains the fastest relay split in history and solidified Michael Phelps’ 8 gold medal haul in Beijing.

Lezak’s team also has a few very popular and iconic swimmers. Nathan Adrian in particular is a fan favorite.

Natalie Coughlin is the team captain with the most recent swimming career, and her team got about a quarter of the votes. Her squad is notably led by Ryan Murphy, Simone Manuel and the much-discussed Lilly King.

Lenny Krayzelburg‘s team won a resounding victory in Austin, no doubt using their ‘nobody believes in us’ status after finishing third in this poll. Krayzelburg has the ever-popular Matt Grevers as well as Katie Ledecky, but the latter didn’t swim in Austin and it was almost hard to remember she was a squad member.

Kaitlin Sandeno‘s team was our final finisher in the poll, despite carrying fan favorites Caeleb Dressel and Jack Conger. She also has Michael Andrew, loved or hated by many but always discussed, but her topo pick Leah Smith was a late scratch in Austin.

Below, vote in our new A3 Performance Poll, which asks voters to pick which new additions to the Pro Swim Series they like. (Note: you can select more than one answer).

I wonder where people’s opinions came from? It seems from a first glance that it went in order of name recognition. I think it would be fun to hear people’s reasoning. I picked Krayzelburg because Smoliga is one of my favorites. I was also impressed by his well rounded team.

What is with people?! Sacrilege! Go CoughlinSquad! 😉

nah she has those crazy eyes! downright scary 🙁