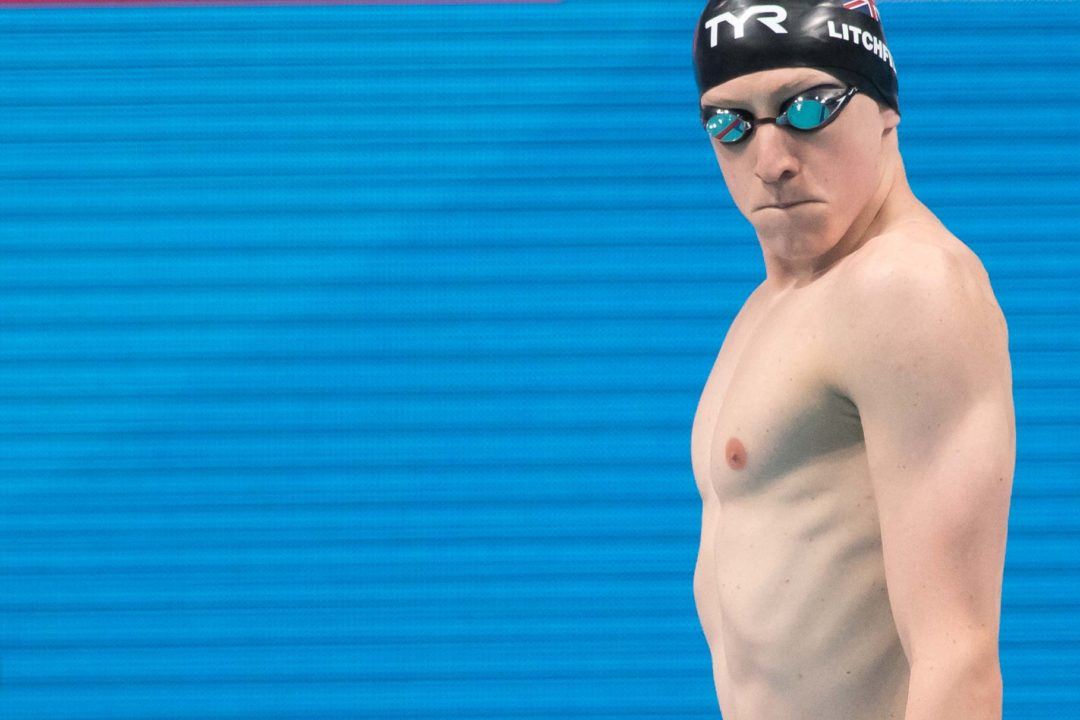 Olympic finalist Max Litchfield is among the 16 Brits headed to Colorado Springs for a training camp prior to several upcoming meets. Archive photo via Mike Lewis/Ola Vista Photography

As part of British Swimming’s World Class Programme’s National Altitude Strategy, 16 swimmers are en route to Colorado Springs, Colorado to take part in a 3-week altitude camp. This particular camp represents the 4th in a cycle of 10 taking place around the world leading up to the 2020 Summer Olympic Games in Tokyo.

The participants represent a mixture of such seasoned athletes as World Championships medalist Nick Grainger and Olympic finalist Max Litchfield, along with up-and-comers including world Junior Champions Freya Anderson and Emily Large.

From their stint in the states, swimmers will go on to compete at the British Swimming Championships (as part of the Edinburgh International meet) in March, the Commonwealth Games in Gold Coast, Australia in April, as well as August’s European Championship in Glasgow.

Team Leader Tim Jones said, “These camps are an integral part of getting the most out of our swimmers and physiologically preparing them for the rigours of senior international competition.

“Each of our athletes has been given individual challenges for the camp – some may come away seeing immediate benefits from training at altitude, whereas others will be able to use it as part of their longer-term progression.”

The swimmers on the camp are:

Why are we helping the Limeys get better by using OUR facilities? Wake up America…they are our competitors, not to mention they invaded our shores couple hundred years ago. What happens if one of these fine athletes ends up beating an American in the Olympics? I say tell them to go home, eat their figgy pies and learn to talk proper English without those weird accents!