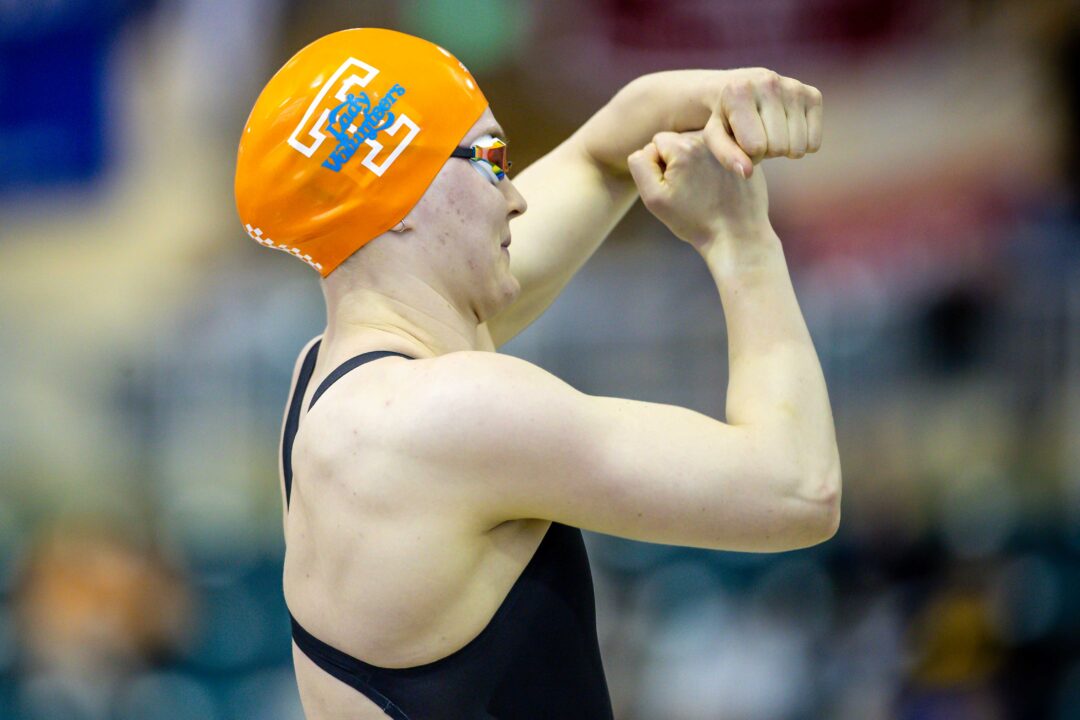 Mona McSharry and the Tennessee women aim to win their third conference title in four seasons next month, but it will be a tall task in the competitive SEC. Archive photo via Jack Spitser/Spitser Photography

Our most recent poll asked SwimSwam readers which conference championship title is the most wide open this season on the women’s side:

Question: Which women’s conference title is most up for grabs this season?

Conference championship season is upon us, and as we get closer to the meets in February, we polled SwimSwam readers with the question of which Power Five title is most up for grabs on the women’s side. (The Big 12 was not included, as Texas is the only truly elite team in the conference.)

In what was a two-horse race, the SEC came out on top with nearly half of the votes, and the result is justified given the uncertainty surrounding the defending champions, the Tennessee Volunteers.

This season, Tennessee has had several key pieces missing from their roster over the first half, and although names such as Kristen Stege and Julia Mrozinski have returned, the status of reigning Co-SEC Swimmer of the Year Ellen Walshe remains up in the air.

Kentucky won the title in 2021 and figure to be a factor in February, while Alabama was the conference’s top NCAA team last season but have had a few notable losses of late in Cora Dupre and Morgan Scott. Meanwhile, Florida has added Olympic medalist Emma Weyant to the fold, giving the Gators a boost for SECs.

The Big Ten followed with nearly a third of votes, as Ohio State comes in as the three-time defending champion, but won last year’s meet with big performances from since-graduated fifth-years Kristen Romano and Katie Trace.

Indiana, Michigan and Wisconsin will pose a challenge in the Buckeyes’ pursuit of a fourth consecutive title.

Below, vote in our new A3 Performance Poll, which asks: Which Power Five men’s conference title is the most wide-open?