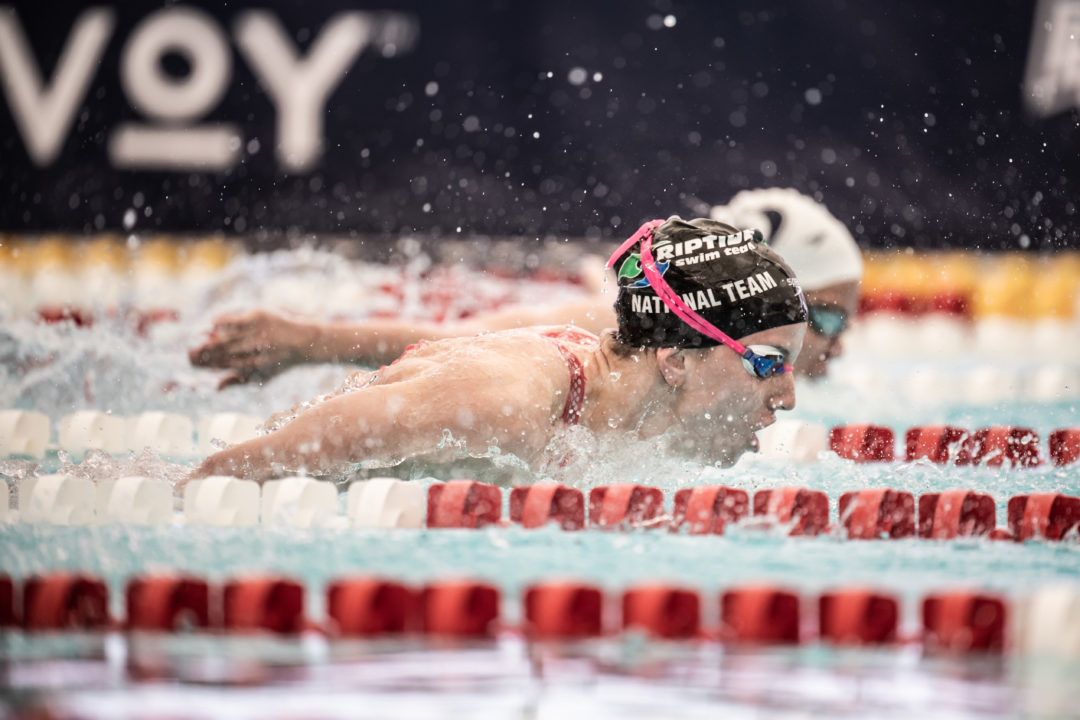 This week, a quartet of women went 49 in the 100 fly or 100 back five different times, with more 49s likely coming tonight. Archive photo via Mike Lewis/Ola Vista Photography

This week, a quartet of women went 49 in five separate swims, with more likely coming tonight.

Here’s a look at all the 49-second brilliance so far:

Regan Smith, Riptide: the world record-holder and international standout became the first-ever member of the 49/49 club over the past week, hitting times of 49.88 in the 100 fly and 49.16 in the 100 back. The latter was an American record.

Maggie MacNeil, Michigan: at NCAAs, the butterfly superstar MacNeil led off Michigan’s 400 medley relay, joining Smith as just the second person ever to go 49 in both the 100 fly and 100 back. MacNeil led off in 49.76. MacNeil cruised a smooth 50.2 in the 100 fly this morning and is widely expected to go under 50 again tonight. She’s the co-U.S. Open record-holder at 49.26.

Kate Douglass, Virginia: starring for the Virginia Cavaliers (and well on her way to leading that program to its first-ever NCAA team title), Douglass went 49.94 in the 100 fly this morning, with a shot to go even faster tonight.

Torri Huske, Arlington Aquatic Club: high school senior Huske cracked the 50-barrier for the first time ever in the 100 fly, swimming at the Potomac Valley Championship meet in Virginia. Huske went 49.70, lowering her own National Age Group record and moving to #6 all-time, pending the results of tonight’s NCAA meet.