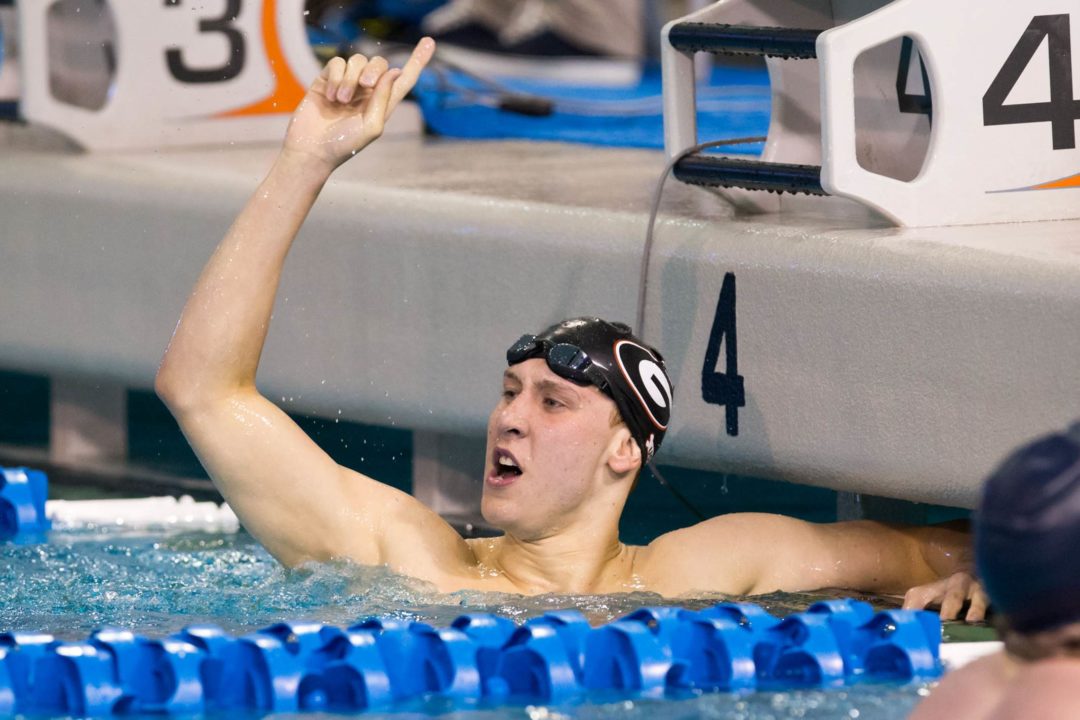 We’re back with swimming’s TopTenTweets, where we round up the best of the swimming Twitterverse. From the ghosts of swedes past to a classic Ten Year Challenge, scroll to see what made the cut!

This is where my kid decided to fall asleep after a Friday swim meet & 3 volleyball games today in the 18 Open division pic.twitter.com/qStaDmdpal

I opened some of the storage boxes that have with my teenage artifacts. Split content into keep/go. Gold and silver coated swedish swim goggles were the rage back then. I liked the colored ones better for indoor practice. Anyway … moving on. pic.twitter.com/poIXFaAOX3

Much respect for anyone who willingly wears red-tinted goggles.

Didn’t want to give it all away before practice! Sprint everything in parentheses. pic.twitter.com/86dvc9fmz3

That’s a lot of parentheses.

Mine looks like staring at people and causing a delay of meet before getting on the blocks😁 https://t.co/X7Ef0yeSze

Has this actually happened?

#HeardOnDeck during the impromptu dance party at the #LACIceBreaker:
Swimmer to Dancing Official: are you for LAC or TFA?
Dancing Official: both!
Swimmer: Um, you’re standing on a bulkhead with 100 LAC kids who might knock you off….. 😂. 💦❤️🖤🏊🏻‍♀️ pic.twitter.com/dM3ETNs6Ef

Sheesh, they grow up so fast #6years https://t.co/YNSLETz4aw

Why wait ten years when you can do it in six?