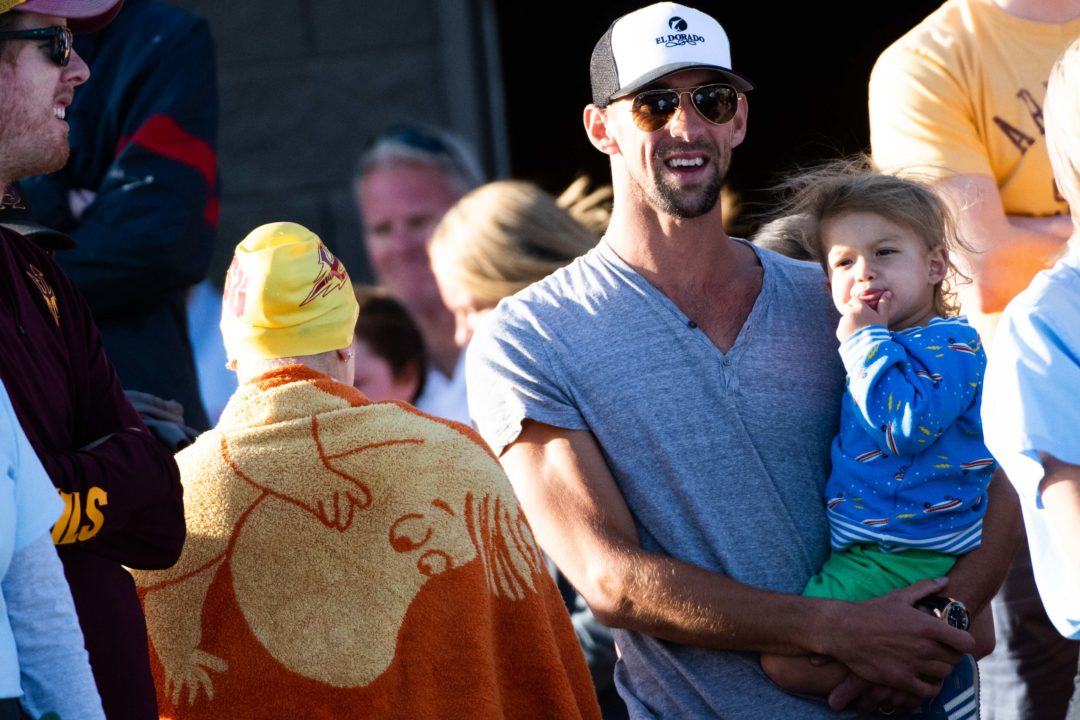 Always looking for new ways to beat the competition 😤💯 pic.twitter.com/BjTvWT9Zks

Don’t try this at home.

We wish we were this clever.

Must have had a good heat swim and thought she could drop in the final 😂 https://t.co/CKFq9S7RKa

Yup, that’s almost definitely what it was.

And now… on to the dads.

Happy Father’s Day Dad! Thanks for being the best cheerleader at countless swim meets 🎉 Have a great day (p.s. thanks for hanging out with Birdie while I’m in Grand Cayman 🤪😘) #daddysgirl #fathersday #adventures pic.twitter.com/2GEjaZs95l

The greatest feeling in the world. My little nugget! Happy Father’s Day to all the Dads! #samesuits #twins #pooltime #teamtyr https://t.co/5ZNHJ1wpaw pic.twitter.com/o94jz4nLa7

Oh, dear. Glad I didn’t swim any long course until I was 11.

Did anyone else notice that Lochte’s swim trunks and his little nugget’s are matching? Too adorable!!!!!

The hashtags “#samesuits” and “#twins” in Lochte’s post were a giveaway to me.

Thanks Becky! I didn’t even notice those Hashtags.