Swim Off Requires Another Swim Off After Double Tie At SECs 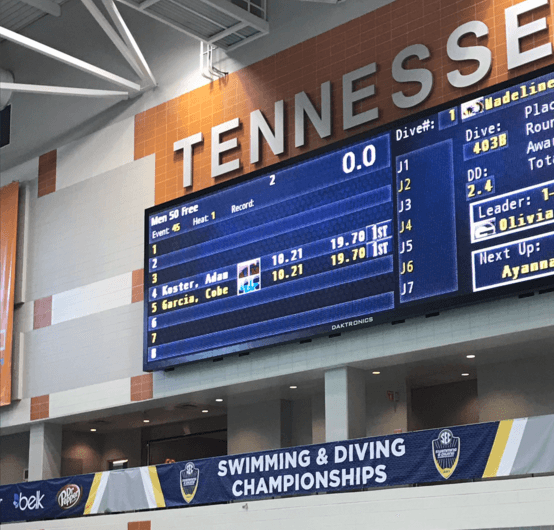 Both Adam Koster of Teas A&M and Cobe Garcia of Kentucky tied for 16th overall in the men's 50 freestyle this morning with a time of 19.81. Current photo via David Geyer

Both Adam Koster of Teas A&M and Cobe Garcia of Kentucky tied for 16th overall in the men’s 50 freestyle this morning with a time of 19.81.

The tie resulted in a swim-off where the two once again went head to head in the splash and dash. At the touch, the scoreboard revealed that once again the two swimmers had tied, this time at 19.70, meaning that they would have to compete once again in another swim-off to determine who gets to swim in the ‘B’ final. Not only did they tie at the touch, but they were identical to the 25-yard mark as well.

After just one day of competition which was focused around diving and relays, the Texas A&M men and women are both in the lead. Florida isn’t far behind on the men’s side, and Georgia is right behind on the women’s.

Crazy! Reminds me of this

This is amazing. Looks like their 25 splits were identical as well!