Swim Mom: We Are Not the Enemy 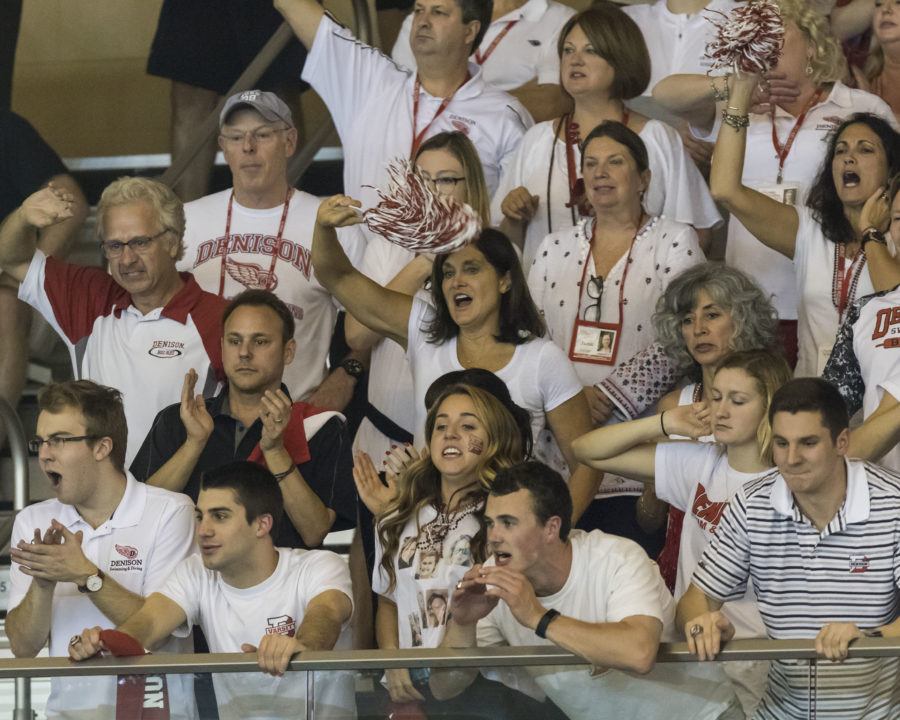 There are too many stories about parents yelling at officials and coaches and being way over the top. How do you let your team know you’re there to help? Current photo via Joe Buvid

There are too many stories about parents yelling at officials and coaches and being way over the top. Two recent examples are the brawl between parents at a Denver Little League baseball game and the number one helicopter parent LaVar Ball. He’s made himself into a modern day legend by interfering with his basketball star sons. Those are the exceptions. Most of us are pretty boring, reasonable and downright helpful.

Parenting has changed from the days we grew up when our parents had no clue most of the time where we were. Today, we’re driving our kids to swim practices six days a week, sometimes twice a day, paying for private lessons, expensive suits and hotels for meets. Our kids may be in more than one extracurricular activity, too. We are more interested in our children’s paths to success than many of our parents were. Many coaches say they’ve seen a big change during their careers in how parents act and consequently we get a bad name. Some view parents as their biggest problem.

But, we are not the enemy. We may parent differently than generations before us, but we do it from a place of love and concern. With recent stories like the former Canyons Coach and other sexual predators in the news, it’s important that we stay involved. If we have a creepy feeling about a coach or individual, it’s up to us to be vigilant and ensure that our kids are not harmed.

Here are seven ways to let everyone know we’re not the enemy, but instead are a valuable member of the team:

Don’t be a LaVar Ball type. Don’t throw punches at other parents or yell at coaches. It’s pretty obvious stuff.

When there’s an issue, schedule a meeting to discuss it with the appropriate person, whether it’s a coach or board member.

Volunteer when you can. Be dependable and do a little extra.

Leave coaching up to the coach and be a supportive, loving parent.

Be involved and know the families and swimmers on your team. Don’t focus solely on your own child.

Be supportive of the team’s finances and participate in fundraisers. Offer ideas and volunteer to spearhead them, too.

It’s hard not to overreact when our children are involved, but try to leave emotions off the deck. If it’s not a safety issue, take time to breathe before approaching a parent or coach.

How do you let your team know you’re there to help and are not the enemy?

Absolutely wrong. Parents are far worse than ever before from age group to college. They are overly involved in all aspects of their kids’ sports. They point the finger and constantly assign blame-because after all, their child was born an Olympian. If their child is not performing, the coach is responsible not the swimmer. Fast swim=fast swimmer, bad swim=bad coach.
I’m all for loving and supporting your kid, but let the coaches coach and realize that most will be average. If the child is having fun and learning a few life lessons, let that be enough.

Did you even read the article? The points she laid out are reasonable too say the least. If you don’t see this, then maybe you are the problem.

Read it. And disagree, particularly with the first two paragraphs.
Final caveat- the parents of those who are happy with the coach(es) seldom reach out to those in charge. The parent boards/AD’s always hear from the malcontent. My suggestion is to have those parents who do value the coach also let the aforementioned know.

Note to self: don’t respond based on a headline, read the full article.

If you as a swim parent don’t do these things you start to become enemy-like.
All of those things should go without being said… but I am glad you did.

Agree 100%. As a SoCal swim parent, my child went on a few of the All Star team trips, one with Coach Jeremy Anderson who was in charge. Something about that coach was off and I had a bad feeling about him every time he spoke/sent emails. My child confirmed these feeling after the trip, and he decided not to go on any additional trips because of him. Jeremy had a hazing ritual for 12 and under boys on each of these trips, and everyone involved in the trip knew about it and supported it. Reports to SCSwimming went unanswered. They protected this child molester for years. If parents aren’t involved and don’t speak up, these things will continue to… Read more »

For the most part, when parents follow rule #4 and let the coaches coach most of the parents/coach tensions go away. Involved parents, especially those that volunteer are great for the coach and club… Just follow #4!

All of her points are good! However the top reasons kids leave sports is parents. So if most parents aren’t the problem why do so many kids claim that parents are the reason for not wanting to be in sports anymore. I have a good amount of kids who I thought had parents that were laid back about sports and not over involved but involved. When I talk to the swimmers they talk about how crazy their parent(s) are at home.

“When I talk to the swimmers they tell me about how crazy their parent(s) are at home.”

1. I’m a parent.
2. I’m a coach.
3. I’m deeply offended that you talk to swimmers about their parents, acting as a peer/confidant/trusted elder.

You and I have a responsibility to coach these kids and not undermine the relationship between the parent and their child. If you identify that there is a bit of a swim obsession, start some parent education so that the parents learn through the journey. Remember, they haven’t done this before.

My girlfriend and her child are going through this right now. The head coach is manipulating the teen and driving a wedge between the two.… Read more »

This is not written by the swim mom who coined this phrase and has written hundreds of blogs. I know because I am her. I am the author of SwimMom Musings

This is not SwimMom Musings. I write it. I have for years