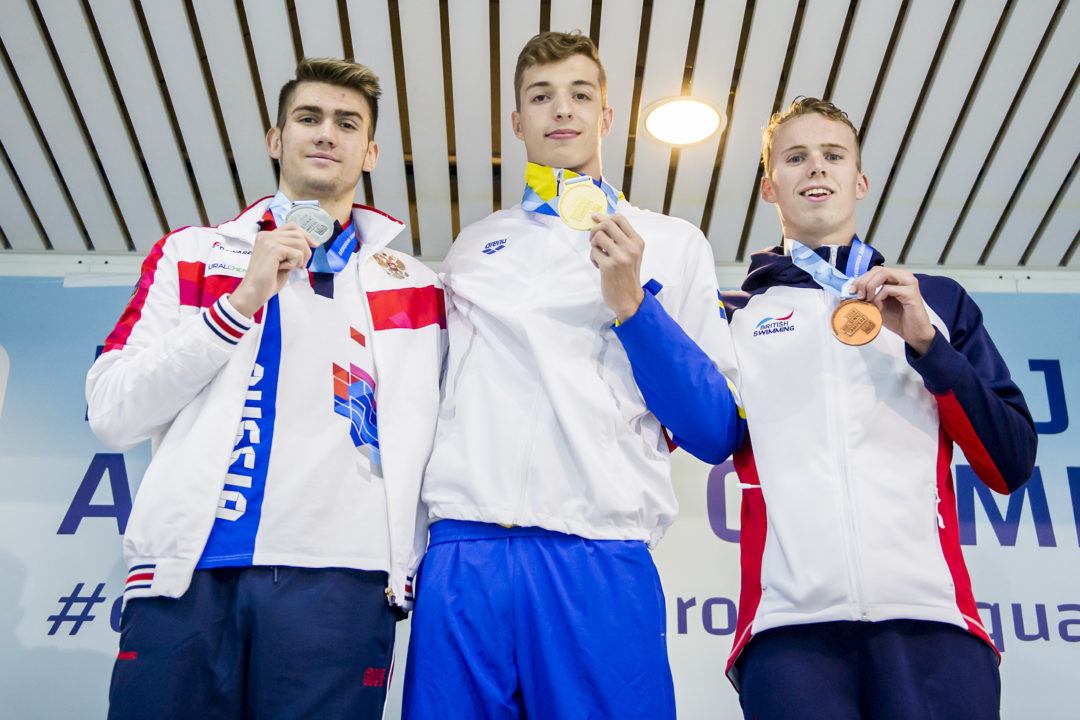 Sweden has picked five young athletes to represent the nation at the Youth Olympic Games this coming October. Archive photo via Andrea Masini/Deepbluemedia/Insidefoto

Sweden has picked five young athletes – three women and two men – to represent the nation at the Youth Olympic Games this coming October.

Here is the full Swedish lineup, per the Swedish Swimming Federation website:

Seeliger was the European Juniors gold medalist in the 50 free and is currently Sweden’s fastest 50 freestyler overall – senior or junior – with a 22.27 from  that meet. Hanson is a solid mid-distance free type who won bronze at European Juniors in the 200 free.

The 2018 Youth Olympic Games will be the third summer edition of the event, which began in 2010 in Singapore and continued in 2014 in Nanjing, China. The meet is highlighted by very small rosters (a maximum of 4 boys and 4 girls from each nation) that encourages and rewards versatility. Athletes must be between 15 and 18 as of December 31 of this year, meaning only athletes born between the years 2000 and 2003 will be eligible.

Sweden’s roster won’t allow for any single-gender relays, but could combine for some pretty decent mixed relays. Both men are great freestylers, so combined with Junevik, they’ll only need one of the female breaststrokers to hold their own. The mixed medley relay has two solid breaststroke options, with Junevik likely on fly and either Seeliger or Hanson crossing over into backstroke, where they’re pretty good.