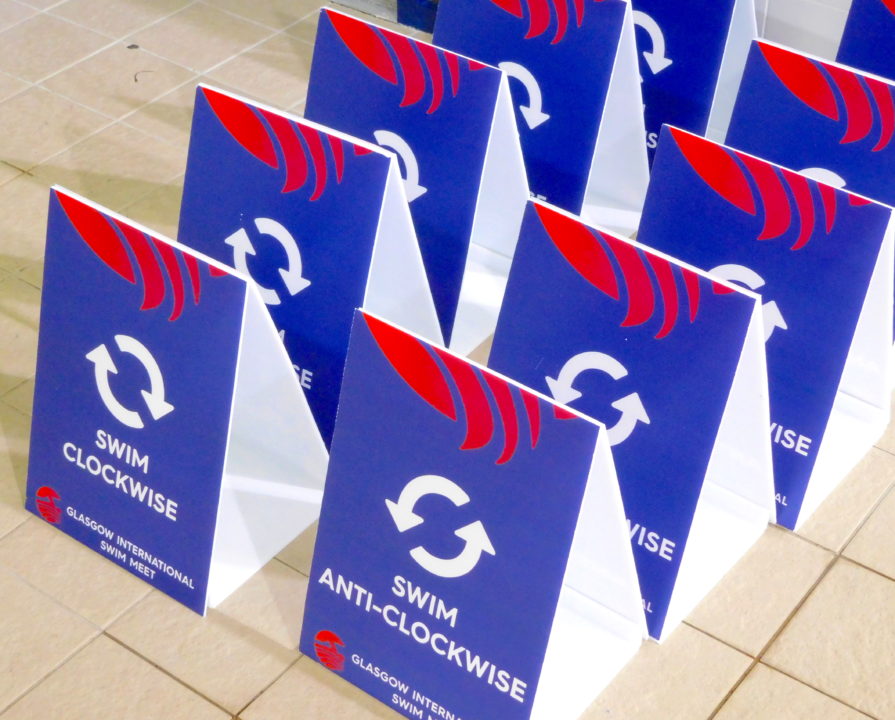 The Survey, conducted by Olivier Poirier-Leroy, was conducted of 98 collegiate swimmers in 4 NCAA programs: 2 Division I and 2 Division II. Stock photo via City of Glasgow Swim Team

USA Gymnastics announced a new program that covers mental health visits for National Team athletes and coaches in all disciplines.

An informal case study of 98 swimmers from 4 NCAA swimming & diving programs has revealed a certain level of anxiety among survey respondents in pre-race preparations. The survey was done by SwimSwam contributor Olivier Poirier-Leroy as part of his Your Swim Book program.

98 swimmers from 4 NCAA swimming & diving programs were asked to fill out an anonymous survey. While the programs aren’t named in the results, Poirier-Leroy did share that they were two Division II universities and two Division I ‘Power 5’ schools.

Among the results of the survey:

While the sampling methods from the study limit the ability to paint the results as overarching, some of the anxiety statistics align with broader studies about teens and young adults in the United States. According to the National Institutes of Health, nearly one-third of all adolescents in the U.S. have had an anxiety disorder, and that the rates are increasing. The average age of survey respondents was just under 20 years old.

Poirier-Leroy believes that by placing a greater emphasis on a “process-based mindset” and “framing anxiety as excitement,” athletes can better deal with pre-race emotions for better performances.

Read more about Poirier-Leroy’s analysis of the survey responses in his full post here.

Just read the article on 500-plus college commitment articles and wonder if there’s a connection. This generation gets every time recorded forever by USA Swimming, ranked in a top 20 each year by SwimSwam, or for the other 99% they get left out of the top 20 by SwimSwam, and most have financial pressures to swim faster because college is so expensive. Anxiety makes sense for them.

Is the author a trained social scientist, or is this just an amateur’s survey to promote some sort of coaching/marketing business? It’s seems many athletes have pre competition anxiety and some perform extraordinarily well.

Jesus. Those numbers are frightening from a mental health standpoint.

That’s because the word “anxiety” has been cast in a negative light recently.

What these swimmers are experiencing are natural biological responses to fight-or-flight situations. It should be something embraced and harnessed into positive energy/thoughts/emotions. Unfortunately, in recent years’ upbringings, those thoughts/emotions have been discussed and nurtured in a different way, causing 18-22yr olds to now not understand how to handle them.

“This generation is so messed up, they can’t handle anything. They are so soft and don’t work as hard as we did!”
– Every older generation since the dawn of time (including your parents’)

Nothing has changed. People have always had anxiety, and because of more recent views on mental health they are better equipped to cope with stressors than any generation before them. Yes, it should be harnessed into positivity, but I don’t think it’s as simple as you think it is – and has definitely not been a strong suit of past generations.

4 programs is hardly any. That can be placed on a coach/ team culture