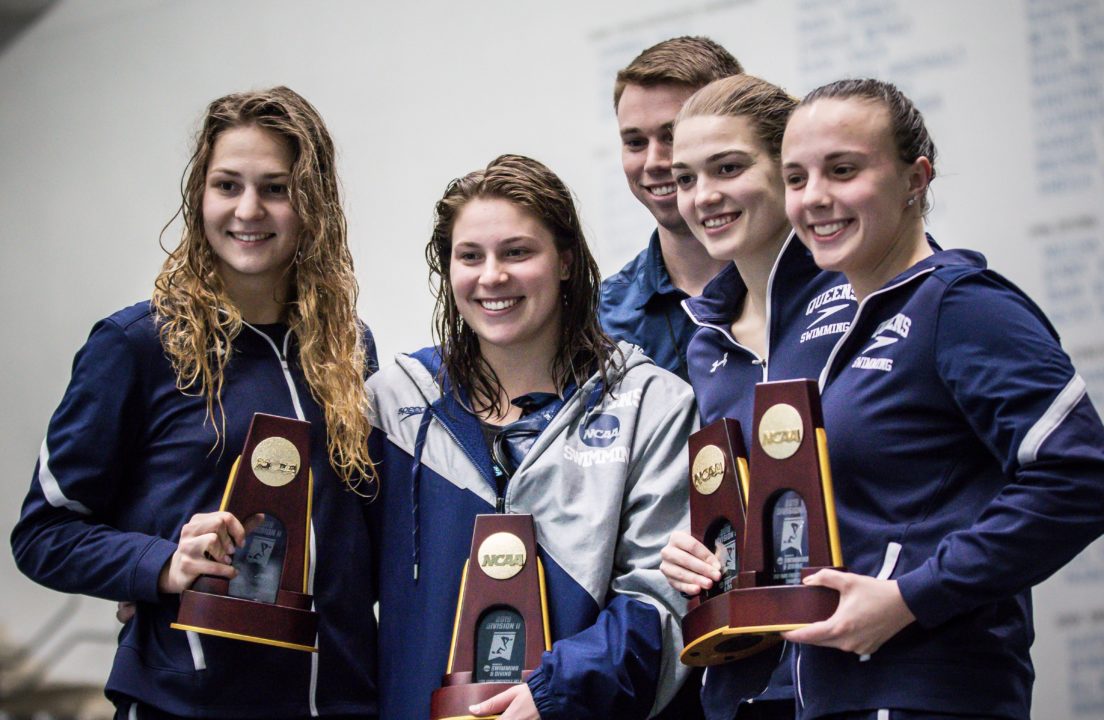 Both the Queen men and women won NCAA Division II titles in 2019, and they both sit atop the first round of CSCAA coaches polls for the 2019-2020 season. Current photo via Jack Spitser/Spitser Photography

Defending champions for both men and women, Queens, top the first edition of the 2019-2020 CSCAA coaches poll. On the men’s side, Indianapolis and Delta State rank 2nd and 3rd, reversing their finish order from the 2019 NCAA Division II championships. On the women’s side, UC San Diego narrowly clipped Drury, last year’s runner-up, for the #2 spot. UC San Diego finished 6th last year.

Keep in mind that these polls differ from our power rankings in that typically focus on duel meet strength, rather than championship performance.

Congratulations to UC San Diego!!! They have great coaching this year and will do well.