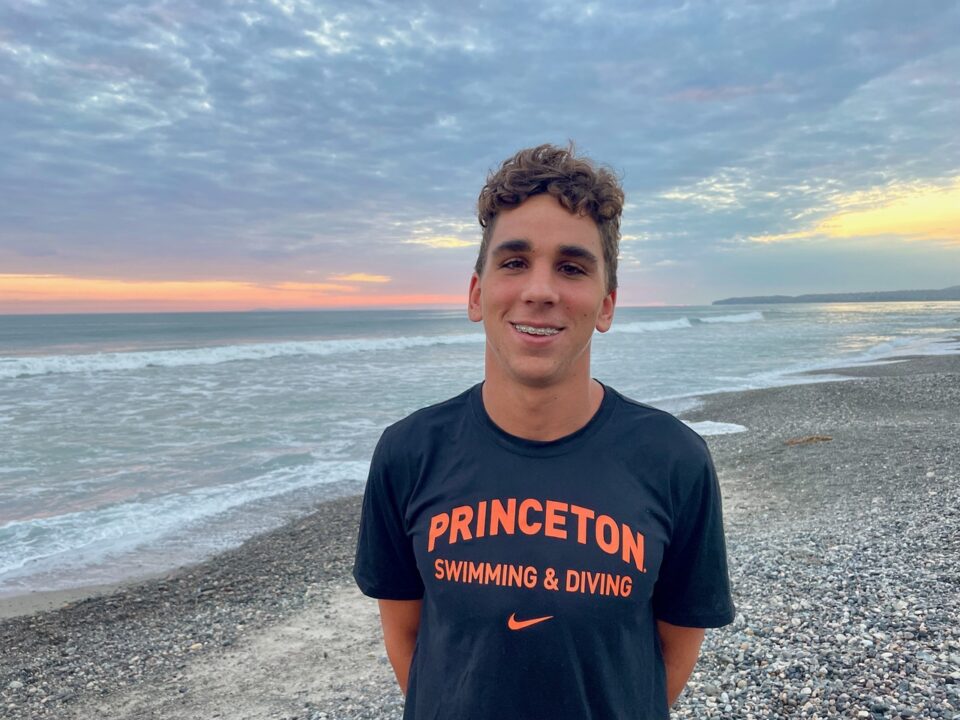 After dropping gobs of time in breast and IM events this summer, Noah Sech has announced his verbal commitment to Princeton for 2023-24. Current photo via Noah Sech

Noah Sech from San Clemente, California, has announced his verbal commitment to the application process* at Princeton University. He will join the class of 2027 with Ethan Harrington, Connor Buck, Daniel Li, and Parker Lenoce next fall.

“Academics and learning have always been as important to me as swimming. I was looking for a school that had a combination of excellent academics and a swim team with high aspirations. After meeting Matt and Abby and listening to their explanation of the team’s culture and goals, Princeton became my top choice. I was elated when given the opportunity to verbally commit to the application process.”

Sech told SwimSwam that until 2021, he had focused mainly on 500 free and 200/400 IM. But in refining his breaststroke with Coach Jonny Dray, he found a new main event. After his outstanding long course season, Sech hopes to build on his success in SCY. So far, his best times are:

Sech is bilingual (English/Spanish), plays the piano, and loves to surf. When he is not swimming himself, he is on the sidelines cheering for his nine-year-old sister “who just completed her first Summer Junior Olympics and dropped time in all of her events!”

He probably made SECHtionals with those times too!

Congratulations, Noah! Princeton will be a perfect fit for you, and you’re going to a terrific program under Coach Matt!

Those are some massive time drops! Can’t wait to see what you’ll do this fall, Noah!

Congratulations, Noah! You will love Princeton. Another exciting pick up for Coach Matt and Coach Abby.

Awesome news – congrats to Noah and the Princeton program and best wishes for a great four years as a Tiger!

Congrats to the team and Noah! Big for Princeton breaststroke/IM groups, looking forward to future swims in orange and black!