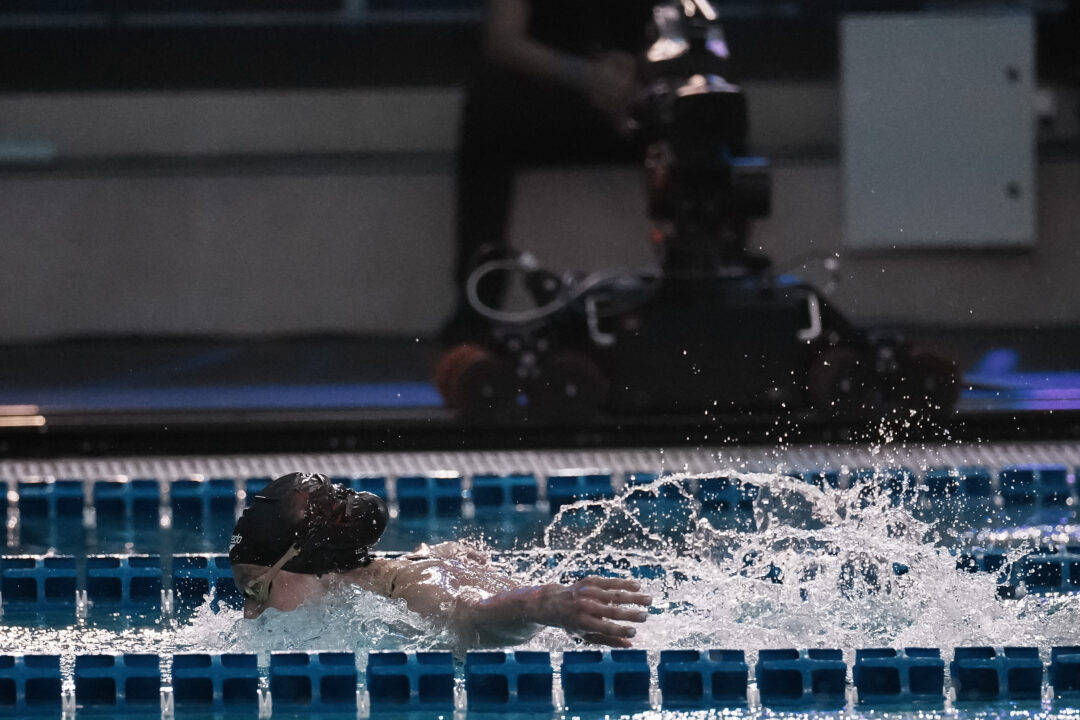 With that time, McIntosh has also narrowly improved upon Audrey Lacroix‘s former mark of 2:05.95, which she set at the 2009 World Championships in Rome. McIntosh went out roughly half a second faster than Lacroix did in 2009 and came back slightly slower on the last two 50s.

McIntosh entered the meet with a 2:13.58 best time in the 200 fly from March 2020, got down to a 2:08.81 in the prelims, and improved again during finals with this Canadian record-breaking swim. McIntosh has now broken two world junior records in two days in events that she didn’t swim during her Olympic debut.

McIntosh also swam on the 4×200 freestyle relay final, in which Canada finished 4th with a national record of 7:43.77.

After the Games, McIntosh raced in the International Swimming League for the Toronto Titans and broke the short course Canadian record in the 400 freestyle (3:57.75). To cap off 2021, she raced to an 8:13.37 at the 2021 Short Course World Swimming Championships, which was also a new Canadian record.

McIntosh will wrap up her meet on Sunday by racing the 400 freestyle.

Wow! I wish there was a video somewhere where I could see what this girl is up to in her fly. Anyone?

Does anyone know what she swam in the 400 free final just now?

Ohhh I see. I assumed she tanked the heat to save something for the final lol.

Rumour is that McIntosh has scratched the 400 free final. She swam the 400 free in the morning focused only on the first 300, and then took it easy warming down with a 1:28 on the end.

Well, she scratched the 200 IM this morning, and swam a leisurely 4:28 in prelims. The stage is set for an epic swim tonight.

I didn’t check the splits. So weird, maybe a cramp. Ughh.

Suspect she was using the morning “race” as training .. not swimming finals tonight .

She held 30.xx on all her splits then had a weird 48 split in the middle…. Not sure if it was a timing issue or what but its a pretty scary prospect

Nope, it’s not a cramp. She was told by her coach to only concentrate on the first 300, and take it easy on the last 100. After the prelims, she was already on the plane to a training camp somewhere…

Ya what is that

More than enough to finish 6th in preli;s ans easely qualify I guess

Her 300 split this morning was only a second off her split in Tokyo, with her final time there being 4:02.42. So looks like she has a good chance to improve on her Tokyo time, with the big question being by how much. Too bad she won’t have anybody to push her tonight.

It’s almost like she did a 300m time trial just enough for her coach to see where she is and then a 100 ez.

That’s exactly what she did.

What’s the point of that though? Why not just put down a 400 time in the heats if she’s heading home early?

Are we sure this isn’t SCM?? lol at first I was like wow this is too good, then I realized that wow Summer is just that good

Wow! Exciting swims! The future looks really good and really fast for swimming. Wish her nothing but the best!