Storylines To Watch At The 2022 U.S. Junior Championships – Men’s Edition 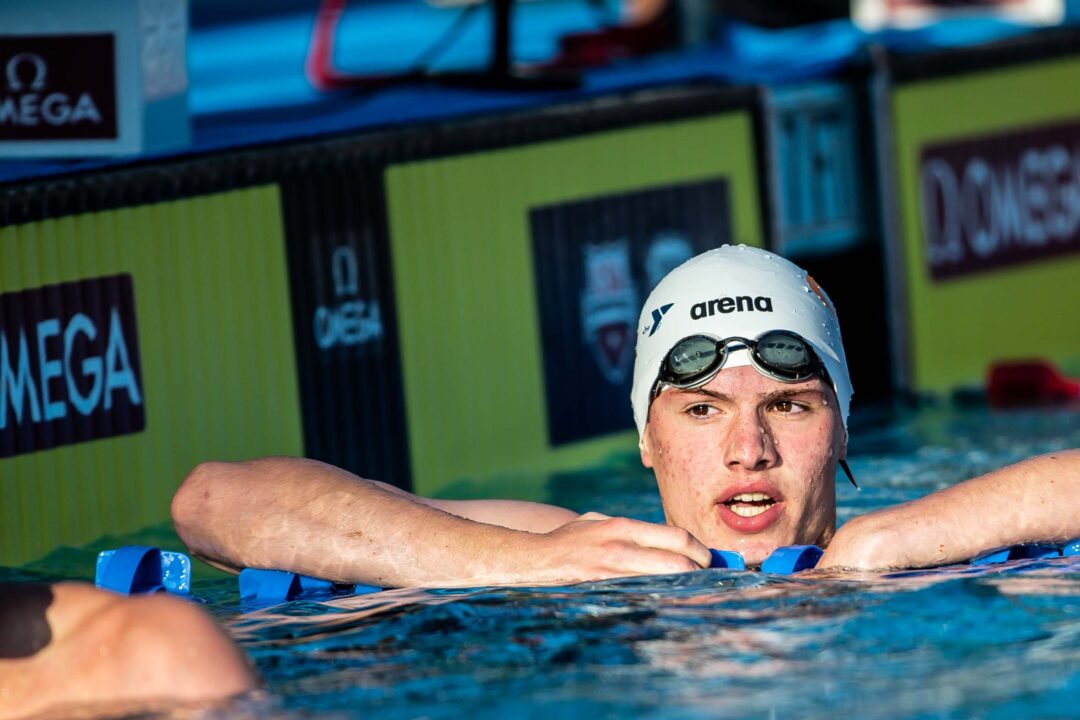 Thomas Heilman will race his primary events this week at Junior Nats after taking on some 'off' races at U.S. Nationals in Irvine. Current photo via Jack Spitser/Spitser Photography

After one day to reset, USA Swimming’s 2022 Junior Championships kicks off Monday from Irvine following the conclusion of the National Championships on Saturday.

For some of the athletes, they’re doing the quick turnaround and competing in both meets, while others were resting up last week in order to peak for what’s to come over the next five days.

Below, find the storylines on the men’s side of the pool that you should be keeping an eye on this week.

One of the swimmers who was racing at Senior Nats and will be back in action this week in rising age group star Thomas Heilman, who has changed his event schedule in order to prepare for the Junior Pan Pacific Championships later this month.

With just over three weeks to go until Junior Pan Pacs gets underway in Honolulu, how Heilman fares this week will be something to watch as he transitions from racing in ‘C’ and ‘D’ finals to being a contender for wins (despite racing 17- and 18-year-olds).

In addition to Heilman, seven other male members of the U.S. Junior Pan Pac team will race this week.

Besides Rex Maurer, who qualified for Junior Pan Pacs in the 200 and 400 free but is only entered in the 50 free this week (he raced those at Nationals), everyone will swim the event(s) they’re set to take on at the end of the month in Hawaii.

Among that group, Dillingham, Lucky, Zuchowski and Maurer all raced last week, while McFadden, Nguyen and Shackell will be coming in fresh.

We’ll see how the Junior Pan Pac swimmers perform this week, and who is in better form among those who already raced at Nationals and those coming directly out of training.

16-year-old Nick Mahabir is coming off a phenomenal showing at Nationals, having won the ‘B’ final of the 100 breaststroke and claiming the ‘C’ final in the 200 breast while smashing his personal best times.

Mahabir, though he trains out of the Coronado Swim Association Team Elite, represents Singapore internationally, and obliterated the country’s National Record with his 100 breast time of 1:00.37.

In the 200 breast, Mahabir’s time of 2:12.07 broke his Singapore Age Group Record and put him just 14 one-hundredths shy of the National Record held by Maximillian Ang at 2:11.93.

Two times to keep an eye on for Mahabir this week will be that National Record in the 200 breast, along with 1:00.17 in the 100. That’s the current U.S. National Age Group Record in the boys’ 15-16 age group, held by Josh Matheny, and it would be extraordinary to see Mahabir dip under that after coming into last week with a PB of 1:01.71.

However, Mahabir will have a strong field to contend with in Irvine, with Junior Pan Pac members Watson Nguyen, Matthew Lucky and other rising names such as Daniel Li and Colin Zhang set to take him on.

It will be interesting to see how the Pan Pacs kids do–are they gauging where they are and will fully taper after the meet or are they double tapering? Regardless, a good chance to swim outside and get a feel for the sunny days they’ll have in Hawaii.