Stefano Ballo Among Italian Swimmers Returning To The Pool 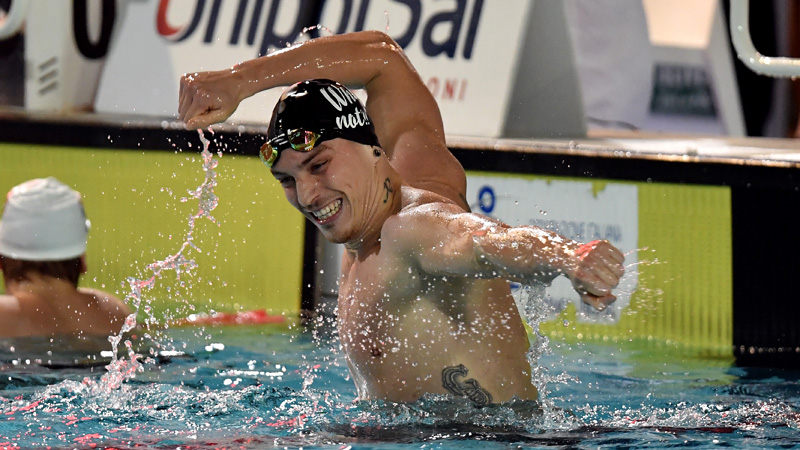 With government-issued safety guidelines published, the training centers will now have to adhere to them in order to reopen to the general public. Archive photo via Andrea Staccioli / Deepbluemedia / Insidefoto

Italy officially entered Phase 2 in the de-escalation process May 4, a period named the “coexistence” phase with the coronavirus. The nation had been on lockdown for two months.

Many work activities, including transport, have come back to life. returning to normalcy in the world of sport would imply returning to practice and reopening sports centers.

On Monday, May 4, Olympic champion and World Record holder Federica Pellegrini posted a video of her first swim in 6 weeks on Monday morning.

After a roller-coaster weekend, Pellegrini finally received permission from her regional government to train at the National Training Center in Verona.

On Tuesday, other Italian swimmers got to return to the pool at the swimming pool of the Swimming Stadium of Caserta after a two-month stall.

After following the safety protocols established in the government guidelines, the training group coached by Andrea Sabino resumed their training program. Among them, the owner of the first all-time fabric performance in the 200-meter freestyle, Stefano Ballo, aside from Alex Di Giorgio, Jessica Jacoponi, Giulia Spaziani and twins Antonietta and Noemi Cesarano and former members of the Italian junior national team.

Instead, phase 2 began May 6 for Nicolo Martinenghi. Martinenghi had earned an Olympic berth for the Tokyo Olympics in the 100-meter breaststroke at the senior Italian Championships in Riccione last December after swimming the race in a time of 58.75. That time also broke the Italian national record in the event.

The path to the breaststroker’s first Olympics, which was interrupted due to the pandemic, began Wednesday, as announced by his coach via Instagram:

With government-issued safety guidelines published, the training centers will now have to adhere to them in order to reopen to the general public.

Italian Sports Minister Vincenzo Spadafora said that sports centers will be authorized to reopen to users at the end of May.

The date when sports centers will be authorized to welcome non-professional athletes has not yet been determined by the government.

The reopening will adapt to the measures in order to prevent the spread of COVID-19. The temperature of all swimming and gym-goers will have to be measured, with staff having to wear a mask and gloves. The entrances will also have to be adjusted in order to maintain social distancing.

Similar to Italy, Spain entered a de-escalation process comprised of four phases May 4. The different phases are broken into fifteen-day timeframes as that reflects the average incubation period for COVID-19.