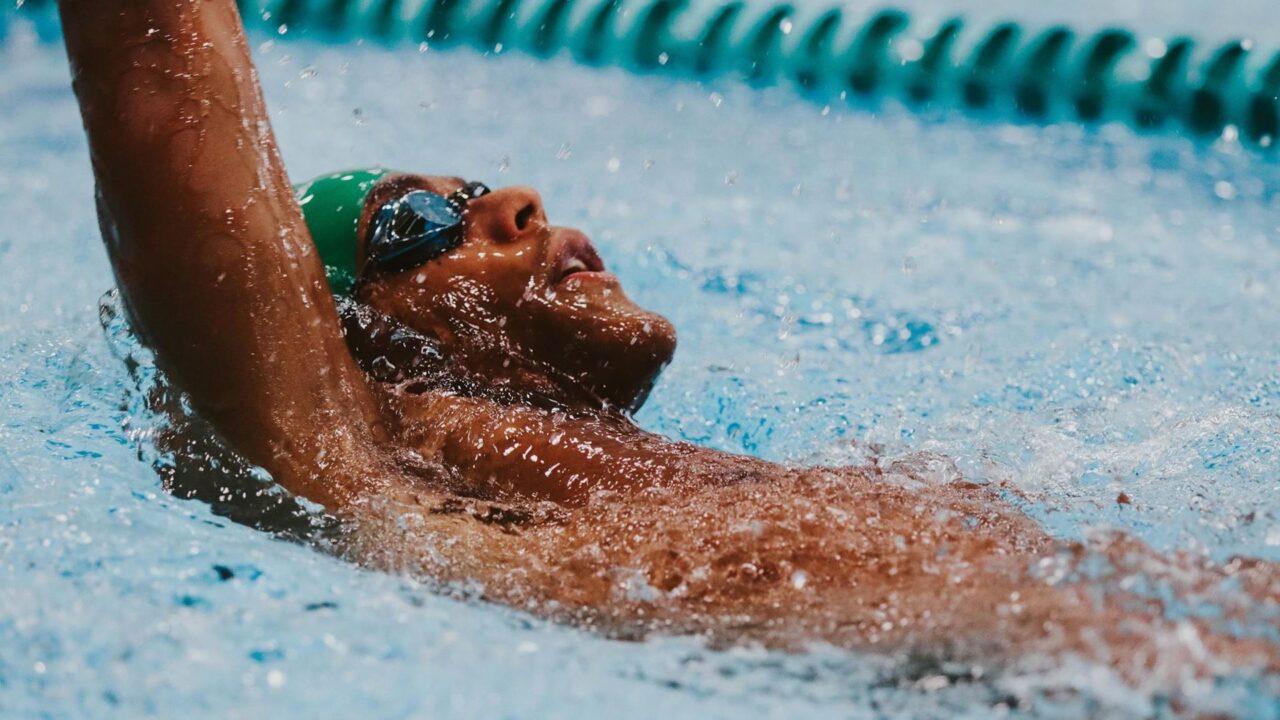 St. Thomas made the jump from Division III to I this year, while Green Bay's only coach is head diving coach Tom Stover.

The St. Thomas University women’s swim and dive program got a win in the school’s first official meet as a Division I program, defeating Wisconsin-Green Bay 172-128. The Green Bay men took the win over St. Thomas 193-95.

Saturday’s meet was the first hosted by Green Bay since Jan. 18, 2020. The school was competing without a swim coach on staff, as noted in St. Thomas’ press release about the meet. The only coach with the program listed on Green Bay’s website is head diving coach Tom Stover.

St. Thomas announced in July 2020 that it was approved to become the first school to transition directly from Division III to Division I in the modern history of the NCAA. Of its 22 teams, 19 — including swim & dive — compete in the Summit League, while three (football is in the Pioneer Football League, women’s hockey in the Western Collegiate Hockey Association and men’s hockey is in the Central Collegiate Hockey Association).

The Tommies previously competed in the MIAC. Both the men’s and women’s swim and dive programs finished second at the 2020 MIAC Championships.

Conversely, Green Bay eliminated “tuition waivers” for the swim and dive programs along with its Nordic ski program in 2020. The teams could still privately fund scholarships, in theory. At the time, the school said that rather than spread the cuts out across all 16 programs, they made the decision to eliminate the waivers from the swimming and Nordic programs based on “roster size, program operational costs, ability to compete at the Division I level, revenue generation, opportunities to win Horizon League championships, and others.”

Eddie Gillie was named head coach of the Green Bay program in July 2020 and earned Horizon League Men’s Coach of the Year honors last season; it’s unclear when he left the program.

Green Bay Director of Athletics Josh Moon confirmed to SwimSwam that Stover is currently “running point” on the swimming program and that the school is “working on the final details” of its search for a new head coach.

Sounds like a noteworthy meet for multiple reasons! Inspiring that Green Bay did so well without a head coach. It must have taken a momentous effort on behalf of their program. I hope the Green Bay administration takes note and gives them the support they clearly deserve.

And this was a big day for St. Thomas, the first team in recent years to move directly from D3 to D1, in their first meet against another D1 team. I’ve also got to say that I found the St. Thomas press release particularly thorough and informative.

Gillie was Horizon League Coach of the Year last season. He left for another opportunity. Stover is a class act, great diving coach, and knows swimming. He can do a better job than most at filling in. UWGB has remained afloat despite losing the tuition waivers. Would be great to see them get a good quality hire. Would also be great to see the new AD bring back tuition waivers. I could be wrong but I don’t see this program getting eliminated.

8
0
Reply
Not Holding My Breath

Wouldn’t that be a nice article…but…if you also read the article in the link embedded in this article that discusses UWGB eliminating tuition waivers for the swim and Nordic ski program I have to wonder if this might be a reason they are having a coaching issue. I mean how does a D1 swim program recruit quality swimmers and offer them nothing? A D1 quality swimmer would be better off swimming for a D2 university where they can get something rather than nothing. How is a coach supposed come in and produce what the school is asking for, as far as conference rankings, if they are not willing to subsidize the swimmers and skiers for this matter, a financial reason… Read more »

How about an article that talks about how UWGB beat St. Thomas as a team without a head coach? Sounds pretty inspiring to me.

Perhaps Swimswam should be praising these GB athletes for staying the course and sticking together despite not having a coach instead of highlighting their loss. What they are accomplishing as a team goes far beyond what a scoreboard can display. Keep at it GB swimmers! You’re all top notch athletes and humans.

Lol is swimming the only sport on earth that so vehemently insist on nobody acknowledging that some people win and some people lose?

It’s boring and annoying. I think I’m about to give up on us. Y’all are too much.

It has nothing to do with winning and losing (if you really want to mention winning and losing Green Bay won the overall meet😉) It’s more so the fact that this article is clearly targeting the “negatives” of not having a coach, rather than focusing on the positives of how Green Bay won the meet with the leadership of a fantastic dive coach and athletes who are committed to the success of their team.

There is no such thing as an “overall winner” in college swimming. HTH

I remember my son’s face when he placed 8/8 in the HS League finals as a freshman. He had dropped three seconds, made his first state cut and was.the happiest kid in the pool. Every race has the potential for something for everyone. So yeah, see ya.

Maybe SwimSwam is helping out by advertising there is no coach. Hopefully a really solid coach out there reads this and says “dang I want to work with that team”

Lol I think we found the “enthusiastic parents” that St. Thomas referred to in their release.

Come on y’all, this is D1 athletics. Harden up or go swim collegiate club.

Wow, shout out to whoever is making the lineups and running the workouts. I assume seniors/ captains?