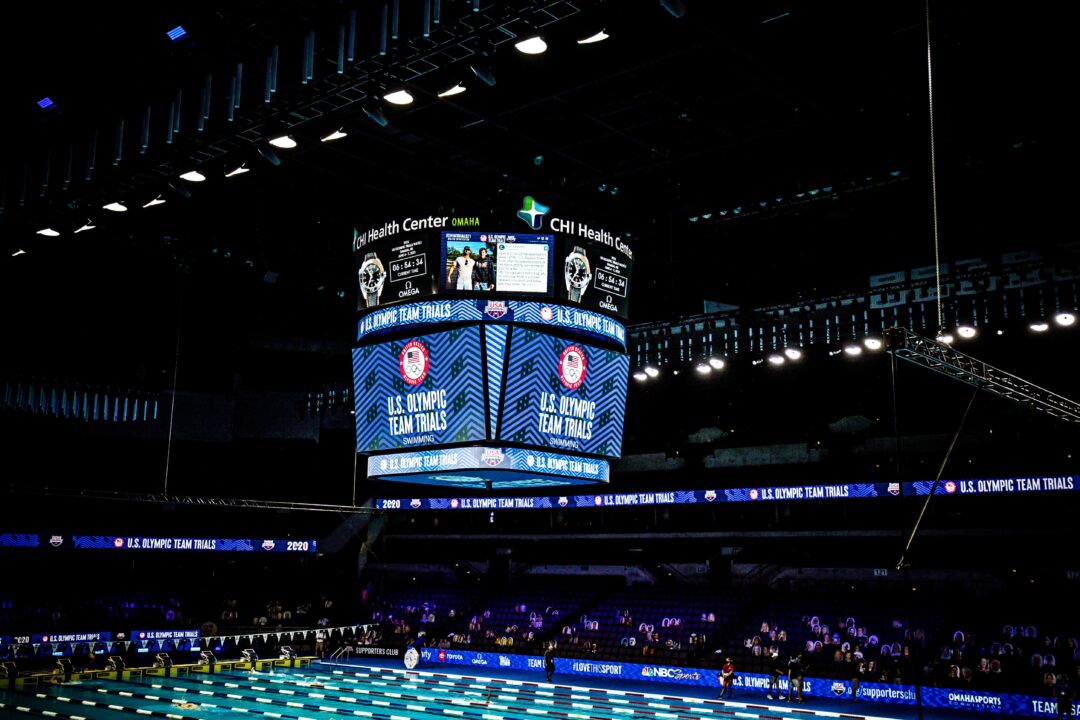 Camille Spink moved into the top 30 of all-time in USA Swimming's 15-16 100 freestyle ranks, while Zoe Skirboll moved up to #68. Stock photo via Jack Spitser/Spitser Photography

Spink was the top qualifier in this morning’s 100 free at Wave I of U.S. Olympic Trials. Skirboll sits third, with 17-year-old Kristina Paegle between them.

Skirboll, out of Racer-X Aquatics, cut from 56.28 to 56.13 this morning. That should move her to #68 all-time in the age group, just behind Katie McLaughlin.

The NAG record is a 53.55 from Claire Curzan, who should swim this event at next week’s Wave II meet. But only 9 women in 15-16 history have been under 55.0 in this event, giving Spink a target for tonight’s final.