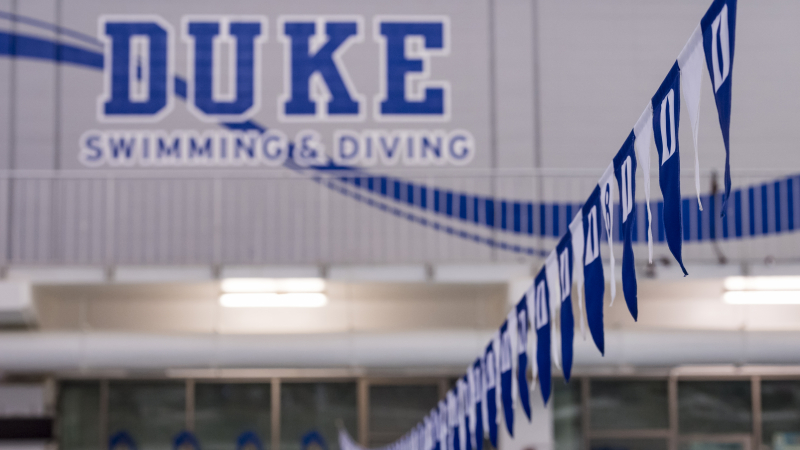 Kalen Anbar, a 2022 Speedo Juniors finalist and U.S. Open qualifier, has announced his verbal commitment to continue his athletic and academic careers at Duke University. Anbar is from Norwalk, Connecticut, where he currently attends Norwalk High School. He is set to arrive in North Carolina ahead of the 2023-2024 season.

Anbar currently trains and competes with the New Canaan YMCA Caimans in Connecticut. He is extremely versatile, excelling at high levels across various events of nearly every stroke. He has competed in meets such as Speedo Summer Juniors, the YMCA National Championships, Connecticut Boys State Championships, and the Toyota U.S. Open.

In March, Anbar set a slew of SCY best times at the YMCA National Championships. Individually, he competed in the 100 breast, 200 breast, 200 IM and 400 IM. He also swam freestyle and backstroke on several relays. Anbar’s highest finishes of the meet came in the 200 breast and 400 IM, where he finished 2nd in each. In the 200 breast, he dropped over three seconds and finished in 1:59.31, breaking the two-minute barrier for the first time.

Duke, located in Durham, North Carolina, competes in the Atlantic Coast Championships (ACC). At the 2022 Championships, the Duke men finished 10th out of 12 teams.

Anbar’s current times are right on the cusp of making finals at the ACC Championships. The top 24 qualifiers in prelims will advance to one of three finals. Last year, Anbar would have been 26th in the 200 breast and 25th in the 400 IM, just barely missing the chance to swim a second time.

When Anbar arrives in North Carolina, he will be joined by fellow class of 2027 recruits Gibson Holmes and Andrew Li.