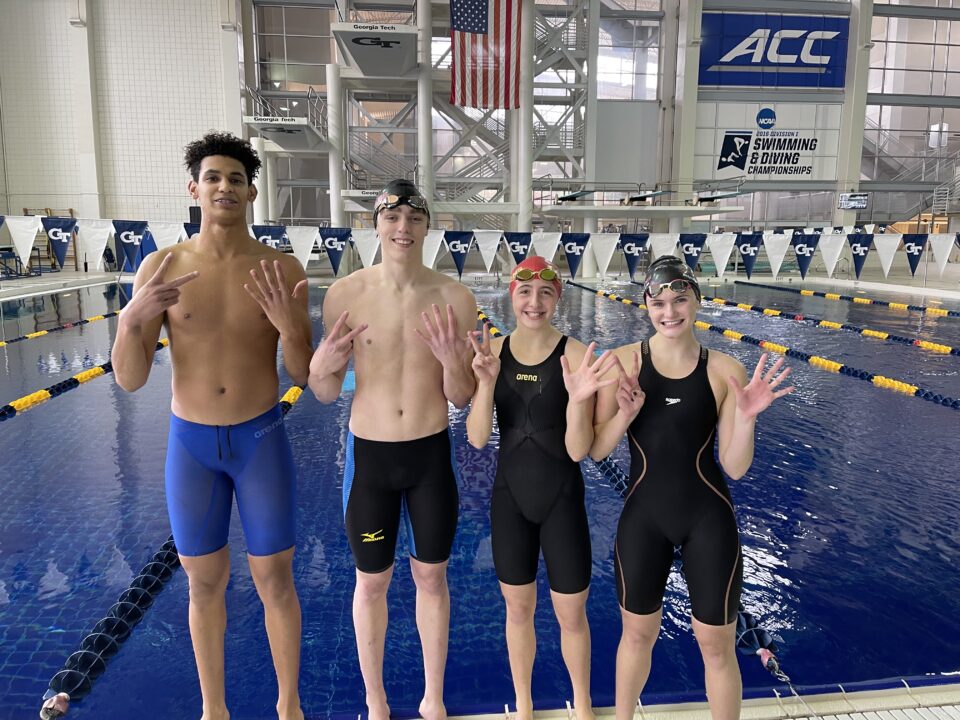 USA Swimming first began recognizing mixed relay National Age Group records in the fall of 2018, after they were included in FINA World Championships and the Olympics. All of the records, therefore, are relatively recent.

Karl Krug is the head coach of Spartans Aquatic Club. The club is relatively new, beginning in 2016.

After looking at both Kruep and Mora’s times, it looks like there may have been a touch pad error. Kruep’s best time in the 50 is a 21.2 and Mora’s is a 21.4

Karl does an incredible job training these student athletes. Top notch facility with a supportive base. I don’t think they were ever shut down through the pandemic – just very cautious. One of the great benefits of having your own facility. Congratulations to SPAC!

Oh shit, is that the mizuno Gx 3 jammer? How’d he get that fit?