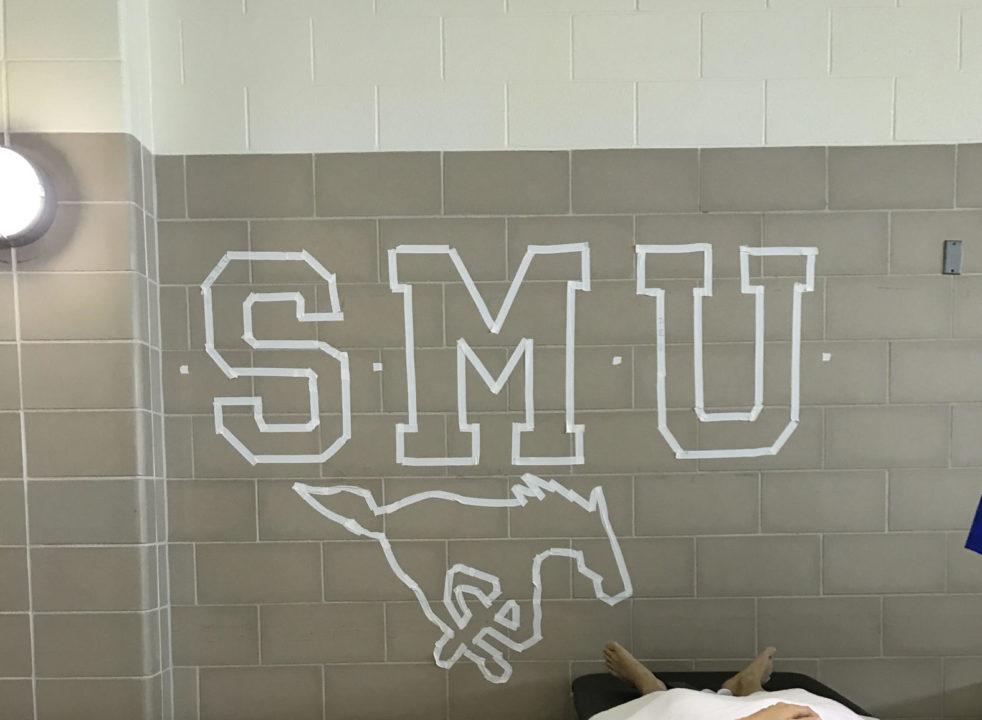 For the past 27 years the Southern Methodist University women’s team has kicked off their season with the SMU Classic, traditionally one of the fastest meets to occur this early in the season. Last year’s edition of the meet featured Louisville, Auburn, Northwestern, Iowa, and Miami. The meet last year included multiple nation-leading times swum each day, including Julie Meynen’s 22.05 in the 50 free and 48.20 in the 100 free.

This year, due to travel restrictions posed by COVID, the meet was run as an intrasquad instead.

Despite the lack of outside competition, SMU still capitalized on the opportunity to race, with multiple athletes posting new best times across the meet.

Joining Parker in posting new best times was Johanna Gudmundsdottir, who was competing in only her second yards competition of her life. The Iceland native took first in the 50 free, touching in 23.60. She also added a 58.17 for fourth in the 100 fly. Her time in the 50 free marks a .28 drop from the 23.88 she swam at the 2020 SMU Intrasquad in September.

Joining Gudmundsdottir in the 50 free was Meriel Upton, who took 7th in the event in 24.59. She also added a 1st place finish in the 100 free, touching in 52.63. Both of these times were just off of her lifetime bests.

The SMU women will kick off their regular season on October 23rd when they play host to TCU.