ISL Will Assess Penalty Points for Violations of Health Protocols 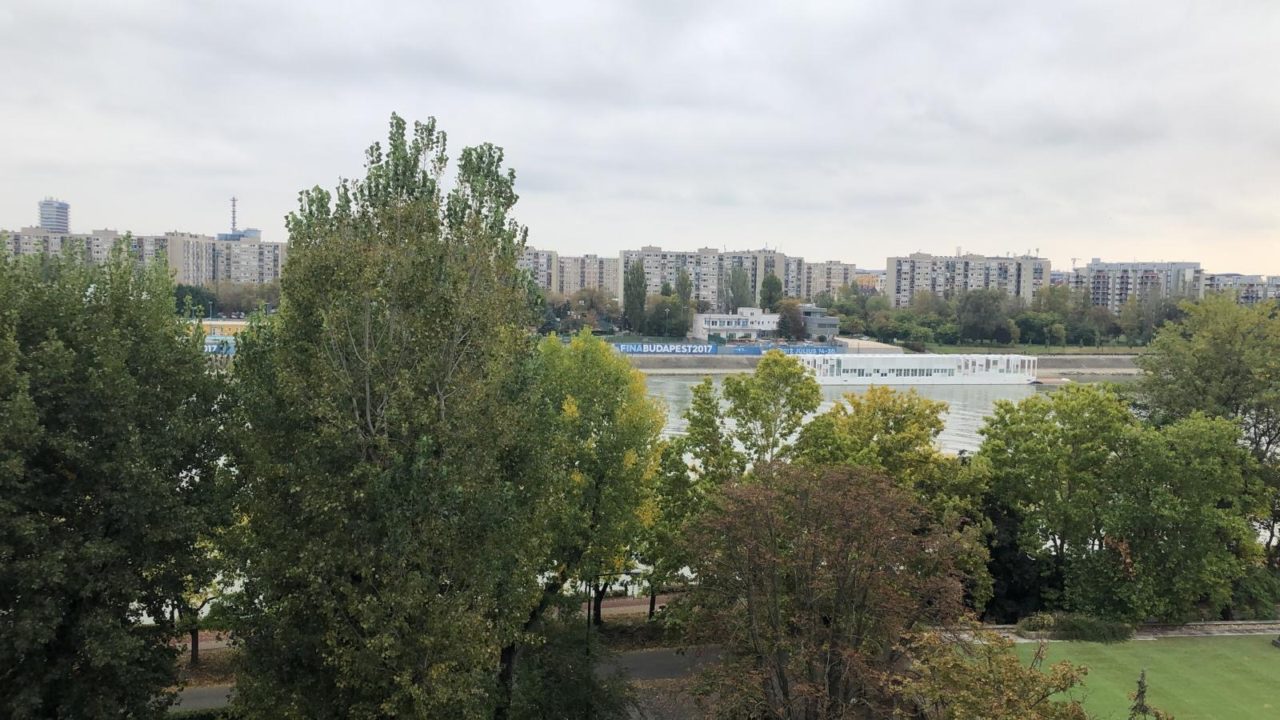 The view from one of the ISL's sequestered hotels in the International Swimming League "bubble" on Margaret Island in Budapest.

As many participants in the 2020 season of the International Swimming League have begun to arrive on Margaret Island in Budapest, swimmers are under quarantine in their rooms.

They will remain there until they receive results from their coronavirus tests, which the league estimated would be about 12 hours. That means the first results should be available by the time athletes wake up on Monday morning, as tests were administered around 9AM US Eastern Time, 3PM Budapest Time, on Sunday.

This means that meals are being brought to swimmers in their rooms as they isolate.

Below, see photos of the meals being brought to athletes, as well as a view from one athlete’s room within the ISL “bubble.” Specifically, this is the view from a room in the Ensana Thermal Martitsziget Health Spa Hotel, where rooms have balconies. League staff, coaches, and athletes will also be housed in the Grant Hotel Margitziget and the Danubius Hotel Helia (which is across the river from the island). Those 3 hotels will house only ISL personnel.

View from the athletes’ hotel

View from the athletes’ hotel

Lunch in the ISL “bubble”

Dinner in the ISL “bubble”

There has also been a penalty points system instituted that is intended to enforce the safety protocols related to the coronavirus pandemic. Athletes were given a list of the following penalties – the document wasn’t entirely clear on when the penalties would be assessed, but appeared to indicate at the athlete’s next meet.

Unlike other professional sports, where fines and threats of further quarantine have been used to motivate athletes and staff to follow safety protocols, the ISL appears to actually assess penalties against team scores for violations.

The “leave from bubble” refers to the athletes’ ability to leave the “bubble” of the hotel and athletics facilities for up to 90 minutes per day. Athletes are free to roam as they wish on Margaret Island, with the exception of “enclosed public spaces” or “entertainment venues.”

It’s unclear yet if that excludes the famous Margaret Island Musical Fountain.

Documented penalties sent out by the ISL.

What an odd approach, feel like it would be much simpler to go with a 3-strike system (or even a 1-strike if they really want to crack down) leading to suspension. You would think they’d want to make the cost-benefit decision of breaking violations very straightforward, risking a few points for your team doesn’t seem to accomplish that. I assume most will still stick to the rules of course, but weird to me how tolerable they’re making the risk of breaking rules.

I think it’s more likely that if anyone gets suspended then they won’t be drafted to a team next year…it’s a team format and that person will have just proven they don’t care about the team. As for the league, I think it will prove more reslient than you think, it is pretty much the only game in town atm.

Y’all hear what the NBA players were saying about the bubble last night?? its brutal… all I’m saying is a being suspended from the league is not going to encourage anyone past an Olympic year to continue on a salary less than minimum wage

People always forget Hungary was an Axis nation . Part of their glorious Hapsburg heritage is a certain order of things I don’t doubt they be quite efficient in disciplining rule breakers .
Ppl signed up for this so it is what it is.

I’ll say it. Who on earth would be stupid enough to not follow the safety protocols?

Protocols will definitely be broken. If nobody loses points, we’ll know that the league isn’t following the protocols.

Some of the athletes will feel invincible. Some will just be careless. Others will be so focused on something else that they’ll absentmindedly slip their mask down because the rules weren’t enforced at home and it’s not a full habit for them. Others will lose track of time or get invited to a KILLER party or underground concert and think they can bend the rules, then lose track of time.

But, with that many people in one place, unless you have an ACTUAL bubble (which they don’t), someone’s going to break a rule.

That middle of the night gas station in a foreign country guy would be stupid enough.

It’s going to be hard to keep these guys calm for 6 weeks. Talk about a long meet!

league will be dead by next year no matter what.

6
-13
Reply
Sure
Reply to  Jim karpinski

1
-1
Reply
Jim karpinski
Reply to  Sure

this is funded by one guy. how long will he continue to throw money at something very few care about. watch the results a few will prosper most will make pennies in prize money. as for tv revenue watch ratings. more people will watch reruns of the 1988 world cup than watch this.