Small Tweaks in Latest Version of US Nationals Psych Sheets 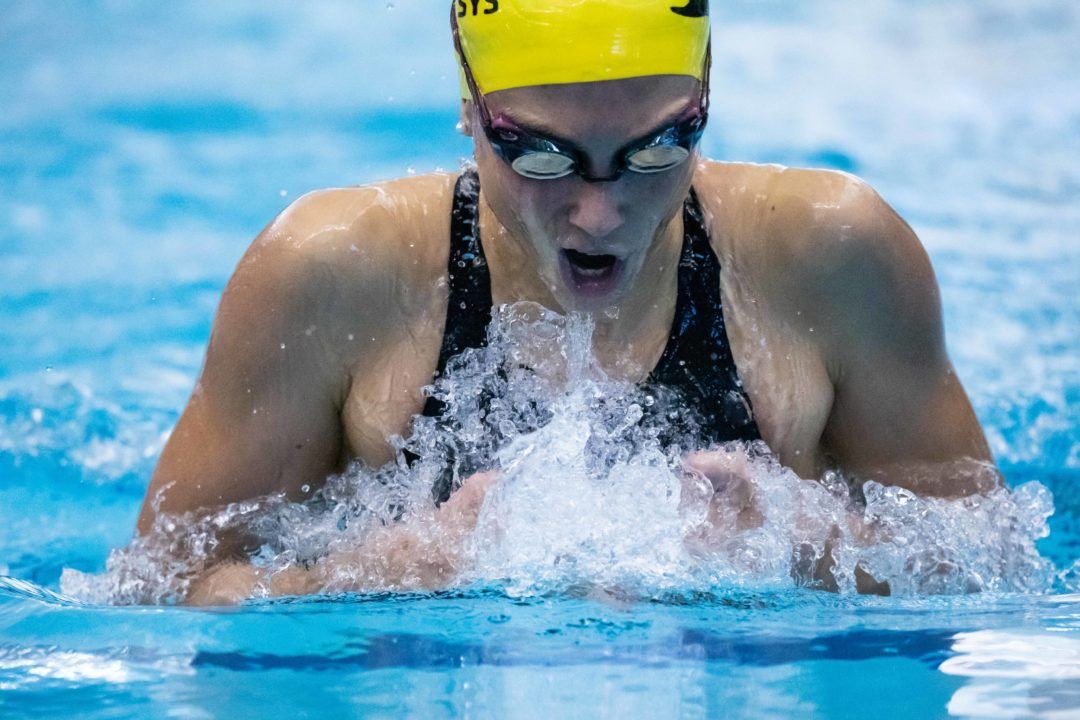 Jr. Pan Pacs 400 IM champion Emma Weyant has added an entry in the 400 free to her schedule for Nationals, one of a handful of changes. Archive photo via Mike Lewis/Ola Vista Photography

A new version of psych sheets (linked above) for the 2019 US National Championships have been released. The most noticeable change is the removal of the dollar signs ($) from most of the swimmers who previously had them, indicating that they have completed their Athlete Protection Training.

The training was required to be completed by June 23rd by all 18 & over athletes or they would risk ineligibility to swim. When the initial psych sheets came out, indicating who had not completed the training, we cross-checked several in the USA Swimming SWIMS database, and most had registered official swims since the June 23rd deadline even without being cleared on their APT training.

We spoke to several swimmers that previously were marked who indicated that they had completed virtually all of the training, but that there was final “Finish” button that they had missed. Once that button was clicked, their completion was registered and cleared.

Aside from that, we found a couple of mildly interesting changes to entries in the latest version of the psych sheets, which are outlined below:

See so many boys from the class of 2024! An amazing year!

Hey Nance – there won’t be. There’s always too much uncertainty about who’s going to show up versus who iss entered at these post-Worlds National meets and it just becomes a mess and chaos and not that much fun.

why do the following 30+ year ago swimmers show up under the records for the men’s 4×200 relay? J Olsen, P Robinson, A Werth, D Gjertsen

What should it be?

Personally I had an issue where it was completed and I kept receiving the emails that it needed to be done. Im wondering how many other athletes were affected by that mistake.

I had an issue where I went through all of the modules, but one said 75% done and wouldn’t change no matter how many times I re-did the final sections. I had to email USA Swimming to get it fixed.

I don’t see Simone or Katie L, but I do see R. Smith listed. So do some get an automatic bye?

Perhaps they didn’t enter the meet.

I’m fine with 18 and ups having to do the apt training but shaming the ones in the psych sheets who hadn’t done the training yet was a bit much.

I think because USA Swimming has given the athletes plenty of time to get certified, and the fact that this is a national meet and it’s not easy going to each individual swimmer to let them know they don’t have certification, this was the easiest way to get it done. Meets have been steadfast in doing this….if any swimmer does not have it done, no matter who they are or starpower, they will not be allowed to compete. Plus, all the people who are required are over 18…so no need to hide any names due to minor age or anything…they are adults by law, they can handle it.