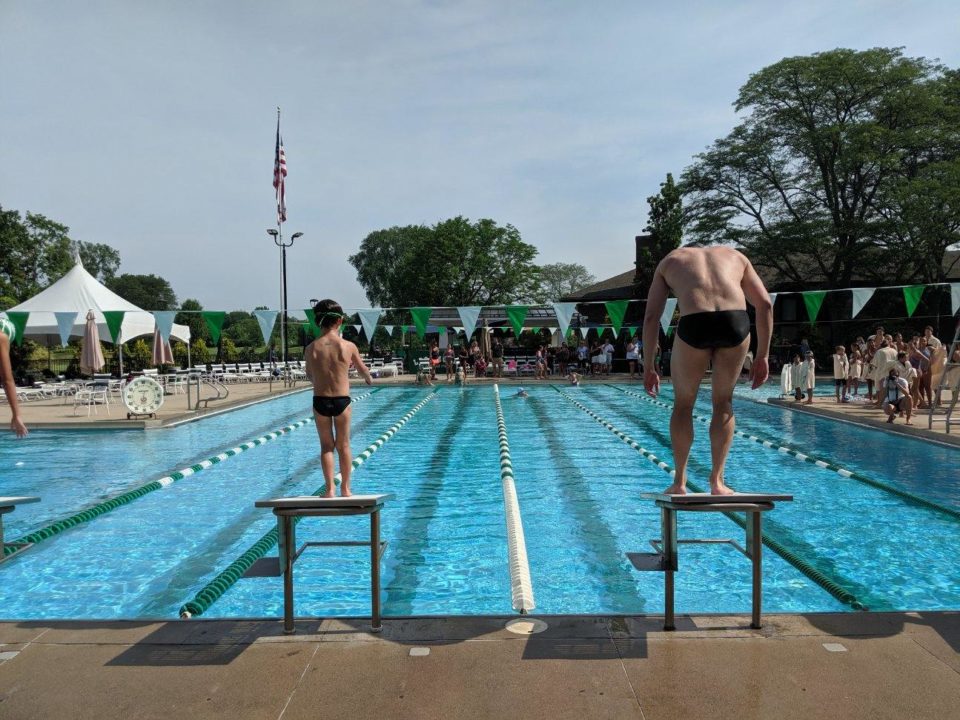 Peter Vanderkaay and Davis Tarwater helped raise over $36,000 for Detroit Swims, an initiative to teach kids in the city to be water safe. Current photo via Kevin Hafner

Four-time Olympic medalist Peter Vanderkaay and 2012 Olympic gold medalist Davis Tarwater helped raise over $36,000 for Detroit Swims, an initiative with the Boll YMCA in Downtown Detroit to teach kids in the city to be water safe.

Vanderkaay and Tarwater put on a swim clinic for the winner of the Corsan Challenge, a fundraising competition between all the clubs in the Michigan Inter Club Swim Association, one of the oldest swim leagues in the nation. The team with the highest donation total for Detroit Swims earned the swim clinic, set for the week of finals.

Detroit Swims, which was began by lifeguards at the Boll Family YMCA in 2010, hopes to teach 1,500 children to swim each year that would not otherwise have the opportunity to do so due to finances, pool access or transportation, partnering with schools and community pools in the City of Detroit and surrounding areas to ensure that every child can be confident in and around the water.

Good for both of them – that’s fantastic.

And the photo is hilarious.

PVK always been giving back to SE Michigan with his platform. He’s been the leading role model for every young swimmer in the area, always holding clinics, showing up to meets, and communicating with the swimmers.

So good to read this article about these two accomplished swimmers donating their
time and effort to help children learn to swim.