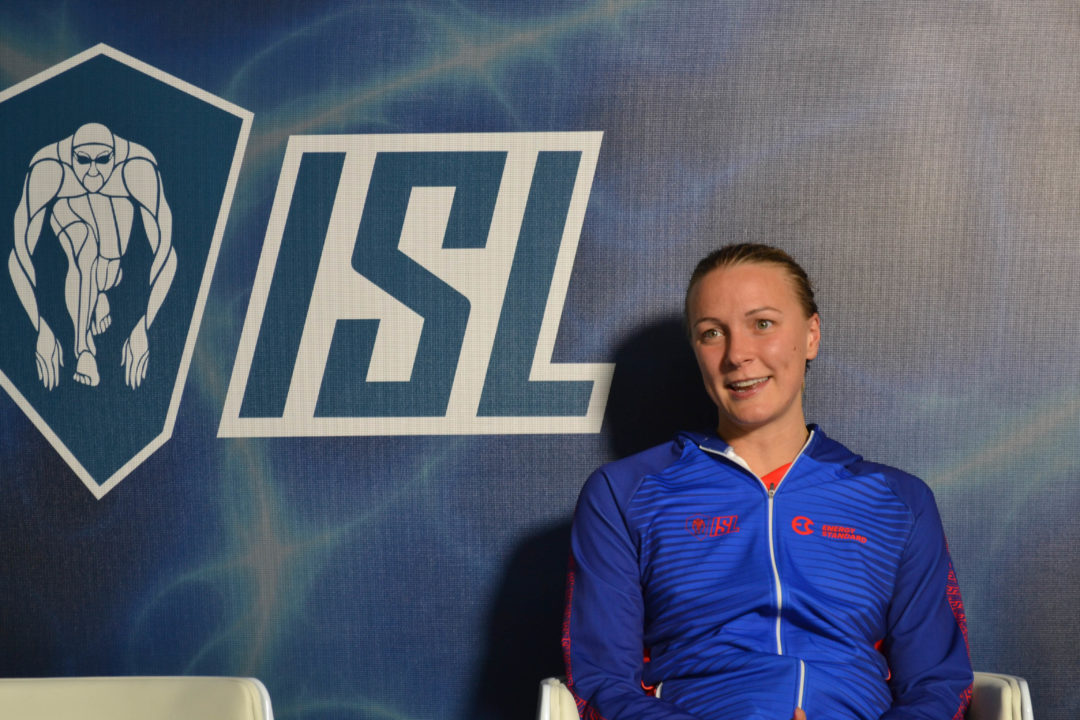 Energy Standard’s Sarah Sjostrom is the early favorite to win the International Swimming League’s Year 1 MVP award after 50-plus-point performances in both Indy and Naples.

Her teammate Chad le Clos is the closest competitor, but is 18-and-a-half points back after two meets, and hasn’t outscored Sjostrom at either meet. Caeleb Dressel could be in the hunt if he keeps up his 57.5-point pace from Naples, but he has only the U.S. derby and a likely Championship meet to make a run at Sjostrom, who will likely swim the European derby and the Championship meet.

What’s the prize for league MVP?

As at any multi-event team competition there supposed to be a restriction on number of events for one swimmer. Otherwise neither team competition by itself as “team competition”, nor mvp competition will be fair. The swimming competition is unique in the respect to many distances and relays in four forms of different strokes plus medley. Such a structure separates immediately a group of swimmers who will have unfair advantage in super-multi-event competition.