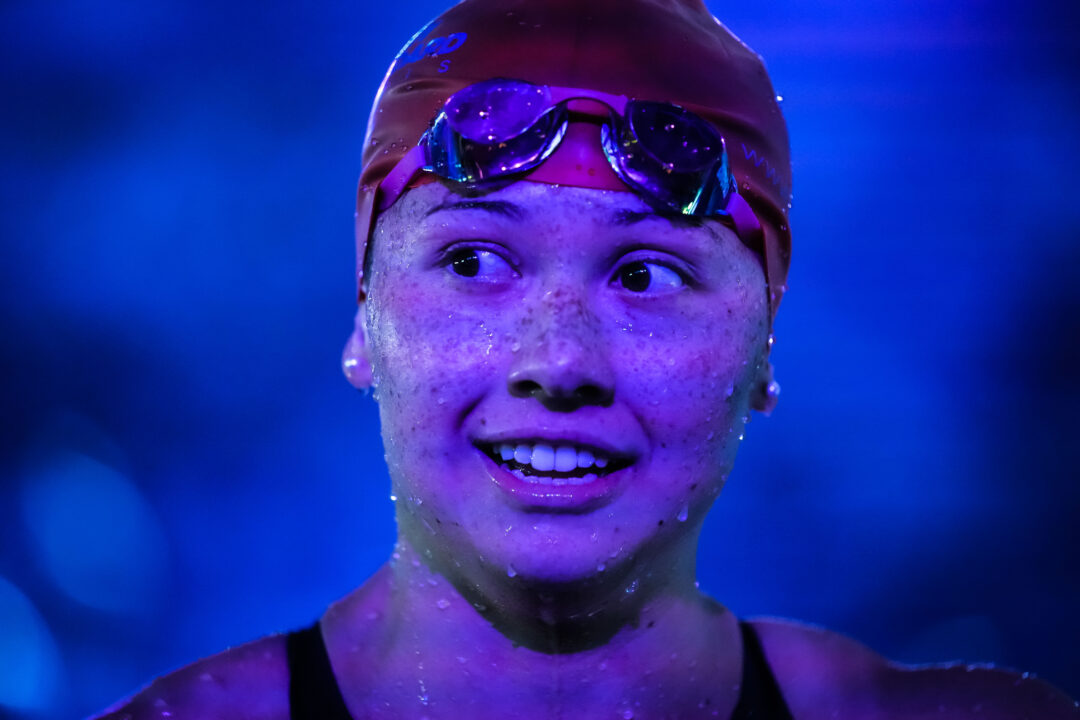 We reported how the former University of Michigan Wolverine already put up a super solid time 1:56.47 in the 200m freestyle, indicating that she has come back to form since incurring an ankle injury this past May.

Then on Sunday, Haughey logged a new lifetime best in the women’s 400m free. The 24-year-old produced a time of 4:08.64 to not only take the domestic gold but also notch a new Hong Kong national record with her victory.

Entering this meet, Haughey’s career-quickest and national standard stood at the 4:10.87 she produced in May of 2021.

On her performance at these Open Championships, Haughey said post-race, “Actually, I didn’t expect much from the Hong Kong Championships, I’ve been away from competition for a long time, but the record I broke in the 400m free means my previous training worked.

“I’ve been working hard with the physiotherapists on a daily basis since my injury, and I can say that it is no longer a problem. My training has returned to normal.

“I like competing in Hong Kong because there are so many fans here, and I’m looking forward to swimming with the young swimmers from my club.” (South China Morning Post)