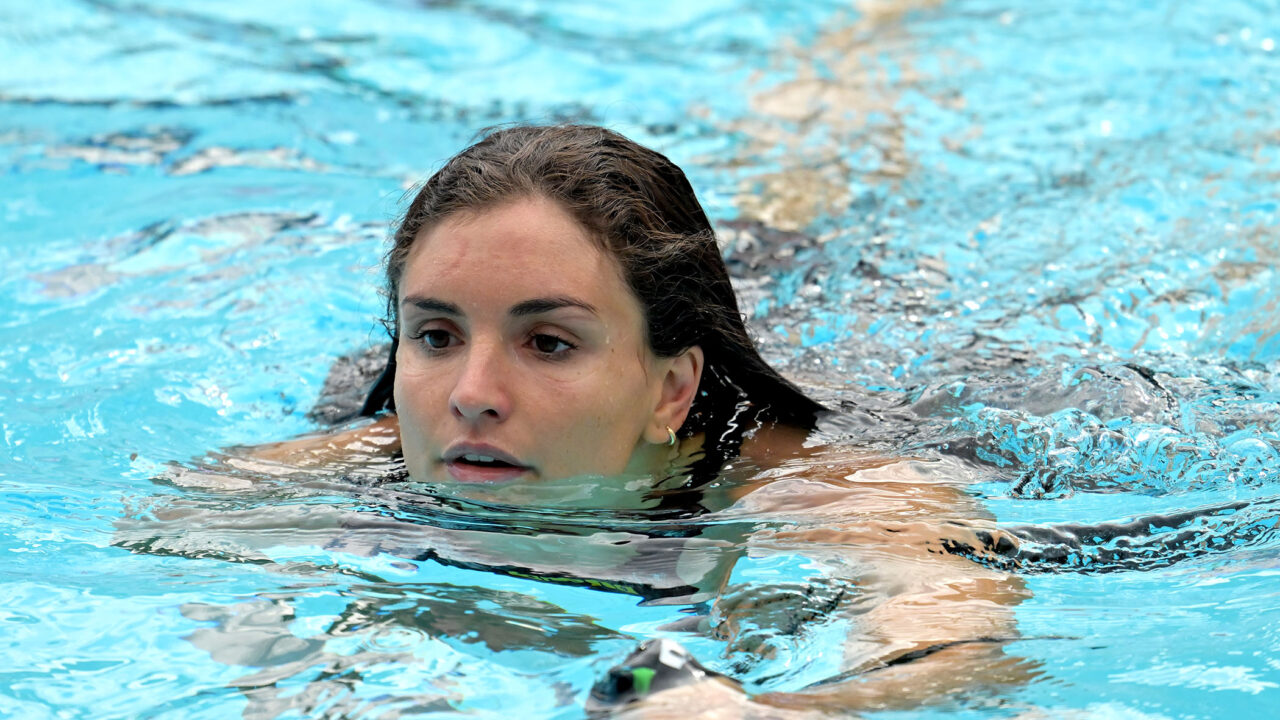 After narrowly missing out on a Worlds qualifying time on Thursday, Silvia Scalia booked her ticket to Melbourne next month with a 100 back win on Friday. Archive photo via Courtesy of Fabio Cetti

After narrowly missing out on a Worlds qualifying time during the opening day of the Italian Short Course Championships, Silvia Scalia booked her ticket to Melbourne next month with a 100-meter backstroke victory on Friday.

The 27-year-old triumphed by more than a second with a time of 56.78, dipping under 57 seconds for the first time and achieving her first Worlds standard. Her previous best was a 57.15 from the European Short Course Championships last November, and she dropped nearly a second from last month’s World Cup stop in Berlin. Scalia sits just .21 seconds away from the national record set by Margherita Panziera in 2019.

“Usually the 50 backstroke comes easily to me, because it falls within my characteristics,” Scalia told Italian media. “This time it went differently probably because of so much work done on the 100. It’s fine this way also because this is Olympic distance and a very good signal in view of the long-course season.”

After her second win of the week in Riccione, she credited retired legend Frederica Pellegrini’s presence during practice as one of the factors contributing to her success.

“In Verona I am living my daily life with tranquility,” Scalia said. “Federica (Pellegrini) is sometimes present and trains with us even though she has retired. Her presence is there anyway. I think Matteo (Giunta) can be satisfied with what I have achieved and also with the feedback from our working group.”

Also earning a Worlds berth was 30-year-old Matteo Rivolta, who touched exactly a tenth of a second before the qualifying standard in the 100 fly (49.49). Rivolta is the national record holder in the event from the International Swimming League season a year ago.

Reigning 100 breast world champion Benedetta Pilato had already secured her spot on the roster by virtue of her performance this summer in Budapest, but she still hit a Worlds cut in the 50 breast (29.71) for good measure during the morning session on Friday.

Lorenzo Mora went under the Worlds qualifying mark when he won the 200 back (1:50.23) by more than four seconds on Friday evening, but he had previously punched his ticket to Australia on Thursday by winning the 100 back (49.98). The 24-year-old made noise last week at the Nico Sapio Trophy, breaking a pair of national records in the men’s backstroke events.

She can swim in my pool any day!