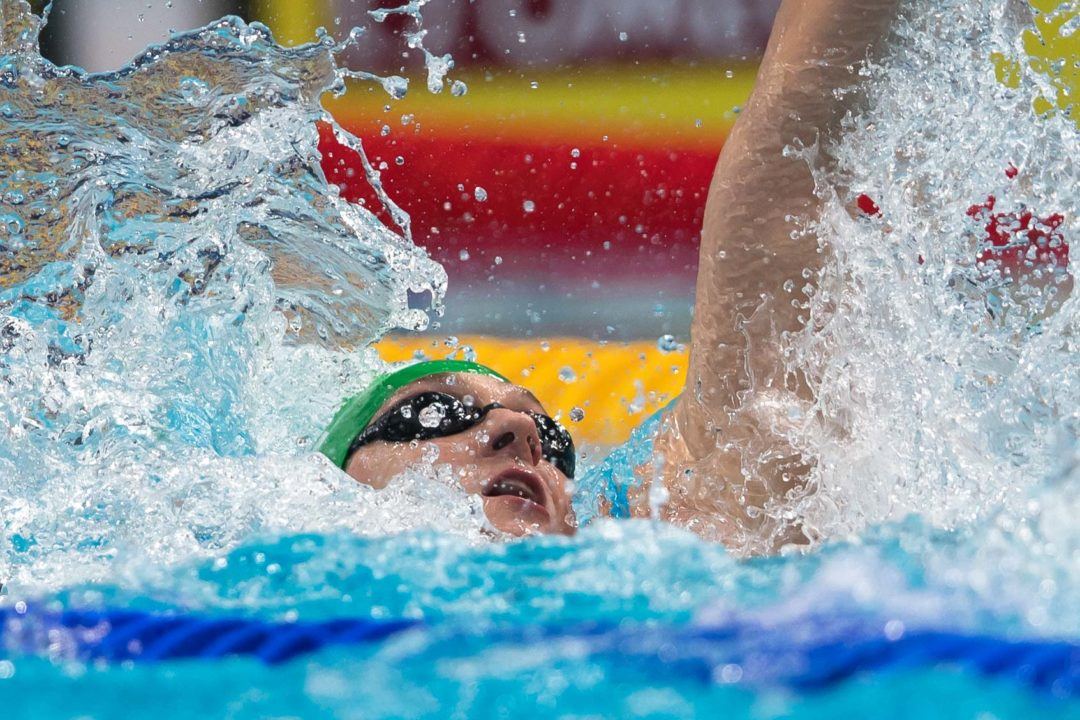 Shane Ryan will scratch the semi-finals of the men's 50 back in order to focus on hitting an Olympic qualifying time on the medley relay lead-off. Archive photo via Mike Lewis/Ola Vista Photography

After producing the 11th fastest swim of the morning in the prelims of the men’s 50 back, Shane Ryan has decided to scratch out of the semi-finals.

The 25-year-old is opting to put his focus onto the men’s 400 medley relay, where he’ll aim to hit the FINA ‘A’ Cut of 53.85 to put him in line to qualify for the 2020 Olympics. Getting Ireland inside the top-12 of the event and thus automatically qualified for Tokyo is also a priority.

“I’m ok with it, for the process I had going into it and not really preparing for (the 50 back) because I’m scratching it so I can prepare for the Medley Relay,” said Ryan. “I have to sacrifice a little bit to get the other three guys there and also for myself in the 100m Backstroke. I’d rather be a two time Olympian than a world finalist.”

On his 100 back lead-off, he added: “I’m going to put everything I have into it and swim it the right way this time instead of what I did in the individual. I know the boys are really going to see that I’m trying to be the best that I can be”.

The former Penn State athlete qualified for the 2016 Olympics in Rio, earning a semi-final swim in the 100 back where he finished 16th.

Ryan’s time in the heats was 25.10, a season-best but well outside his personal best and National Record of 24.32 set at last summer’s European Championships.

With the scratch, Italian Simone Sabbioni draws into the semis after swimming the 17th fastest prelim time of 25.28. He set a personal best of 24.97 last month at the Sette Colli Trophy in Rome.

World record holder Kliment Kolesnikov was the fastest qualifier in a time of 24.61.

Another opportunity for Sabbioni to use the backstroke ledges!

You know you’re getting old when a 50 tires you out.